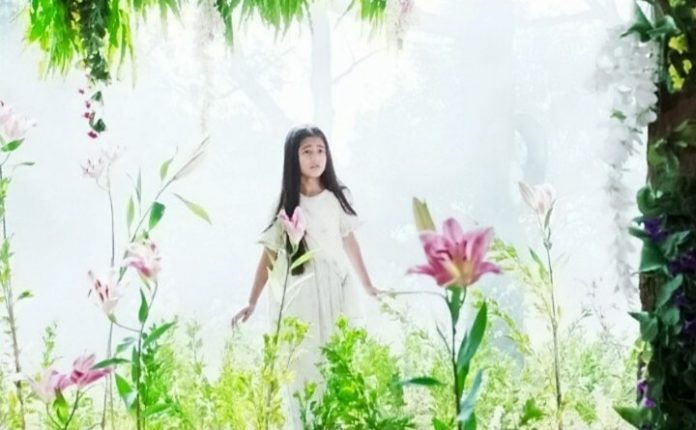 Kulfi Kumar Mega planning. Nimrat threatens Kulfi and tells her that she will keep an eye on her. Sikandar meets Kulfi and Nimrat. She asks Nimrat about her leg pain. Nimrat acts too positive in front of him. She tells him that she wants to take up Kulfi’s responsibility by all her heart. She promises to shower love on Kulfi and also teach her good things. Sikandar lets Nimrat manage some duties, since she is genuinely trying to help. He gets grateful to her for her concern, unaware that the concern is fake. He tells her about the concert. He invites Nimrat in the concert for singing along with him. He tells Kulfi that kids can’t sing there. Nimrat happily accepts his invite and gets too glad.

Sikandar tells Kulfi that he has to prepare for the concert. Nimrat tells Kulfi that Sikandar will be singing with her. She makes fun of Kulfi and asks her to remember that its her last days in the house. Nimrat gets ready to go with Sikandar and spend time. Amyra tells a plan to Kulfi and asks her to make Nimrat busy so that they can keep Nimrt away from Sikandar. They anger Nimrat so that Nimrat blurts out her truth in anger. They get troubling Nimrat and disturbs her from practicing.

Nimrat gets angered when they make her work a lot. Nimrat understands their plan and wants to fail them. She helps them as they want. She takes the kids’ challenge. She asks Amyra and Kulfi to study for some time. Amyra takes some rest. They irritate Nimrat, who threatens to complain to Sikandar regarding them. Nimrat gets a recorder to keep an eye on Sikandar. She wants to be ahead of the kids. They learn about the recorder and big plan. They want to ruin her plan by spoiling the recorder. Sikandar finds the kids ruining Nimrat’s gift. Nimrat tells him that she has got the electronic piano to gift him, but the kids ruined her efforts and emotions. Sikandar turns upset with Amyra and Kulfi.

He wants to know why did they do this. Kulfi takes the blame from Amyra and apologizes to Sikandar. She tells him that she has heard Nimrat talking on phone about the spy recorder. She reveals how she has stopped Nimrat’s plan and took this step. Nimrat denies the blames. She proves the kids wrong. She asks them not to lie. Kulfi tells him that Nimrat is a liar. Nimrat tells Sikandar that she has always done things for their good.

She shows the video to Sikandar to prove how the kids had troubled her. Sikandar gets angry on the kids. He is happy that Amyra and Kulfi are together but doesn’t want them to harm anyone by any means. He warns them against their mischief. Nimrat challenges the kids again and tells them that it was her plan to make them fall in Sikandar’s sight. She reveals her plans of getting engaged to Sikandar.

Amyra loses out and feels Sikandar will never become her family again. She rushes to tell Lovely about Nimrat’s plans. Lovely realizes that Kulfi is aware of the truth that Sikandar is her father. She can’t believe that truth isn’t hidden from Kulfi. She wonders why didn’t Kulfi tell the truth to Sikandar. Amyra tells Lovely that Kulfi and she have failed to expose Nimrat’s truth. Amyra reveals how her promise has kept Kulfi bounded to hide the truth. Kulfi exposes Nimrat in front of Sikandar.