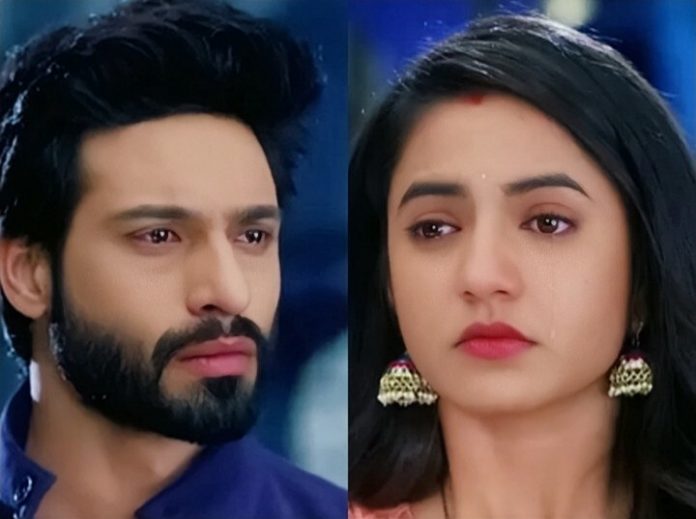 Udaan Chakor Raghav get saved from Bhanu and Lallan. The villagers get against Chakor and Raghav. They think Chakor has sold their land to Bhanu Pratap for her selfish motives. Chakor and Raghav complete the final rites of Imli and mourn for her death. They give the fire to the pyre. They forgive Imli of all her crimes and bid her farewell with a clean heart. Bhanu meets them and tells them that he will snatch Aazaadgunj from them. He asks them to leave from the village. He tells his plans to build big factories in the village. He ruins the homes of the villagers. Raghav gets angry on Bhanu. Chakor wants to find some solution. Bhanu threatens to kill them if they come in his way. Chakor gets sad seeing the villagers’ hatred for her.

The villagers ruin the peace. They pelt stones at Chakor and curse her for doing injustice with them. They can’t believe that Chakor has turned into their enemy. Bhanu shows the papers to villagers and tells them that Chakor has herself sold the land to him. He asks them to check Chakor’s signatures on the papers.

Raghav wants to secure Chakor first. Raghav tries hard to explain them that Chakor isn’t wrong. The angry villagers don’t listen to him. Raghav tells Chakor that villagers won’t understand anything in anger, and its better they stay away from Aazaadgunj for some days so that they can find proof against Bhanu Pratap.

Viraj refuses to marry Nethra. He is in love with Sitara since she has always protected him and risked her life to save him. He doesn’t know that Sitara wants to kill him now. He falls in Sitara’s charm. Sitara gives him a rose and confesses love to him. She proposes him for marriage just to trap him. Viraj accepts her proposal and tells her that he loves more a lot. He upsets his family by declaring his decision of marrying Sitara, not Nethra. Viraj apologizes to Nethra for breaking her heart.