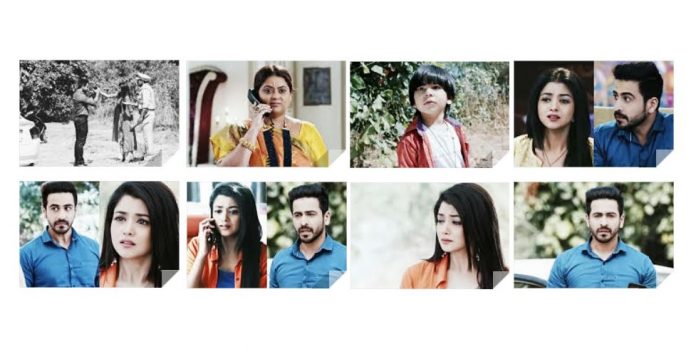 Jiji Maa closure this week. Suyash and Falguni get a welcome in the family. Jayant, Vidhaan and Niyati welcome the couple with Laddoo. Vidhaan tells Suyash that its time for celebrations. Suyash agrees with him and tells them that his wife is his strength and inspiration. He really wants to celebrate Falguni’s return in the family. Laddoo jumps happily knowing about the party. They have exposed Abhishek and Uttara’s evil completely. They have got peace restored in the family. They succeeded to save their son from Uttara. Suyash is proud of Falguni. He tells the family how Falguni and he had made the plan to find their hidden enemy and faked death to reach the truth.

He applauds Falguni for taking such a big risk and bearing Jayant’s hatred for that phase. Falguni tells them that she can never harm anyone and not let anyone else harm the family. He repents for his mistakes to oust her from the family. He apologizes to her and makes up for the past.

Suyash isn’t scared of Uttara who is still on the loose. He has got Abhishek arrested by police. Uttara will try to kill Laddoo in the party, and get caught.

Suyash and Falguni come closer and have a romantic moment while they prepare for the party. Their son Laddoo unites them. Falguni makes Laddoo wear Kanha idol like before and cheers him up. Suyash throws a big party for Laddoo, so that he can declare to the world that Laddoo is his long lost son Govind. The show will be soon coming to an end with a major climax scene where Uttara will be targeting Falguni and Suyash’s son Laddoo again. Suyash and Falguni will be protecting their son once again. Suyash, Falguni and Laddoo will be seen living united like a happy family. The show is going to have a closure this week.