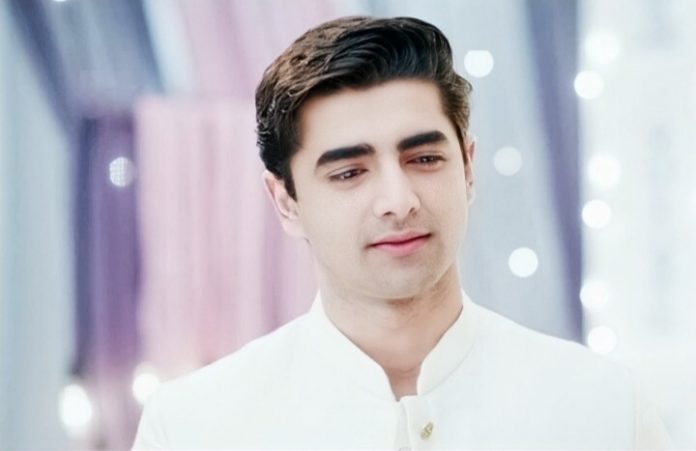 Yeh Rishta Naksh plays villain for Kartik and Naira. Manish regrets over Kartik’s numerous mistakes. He feels Naksh isn’t wrong to keep Kartik away. Manish decides to help Kartik. He asks Kartik to move on in life and accept whatever destiny has written for him and Naira. He asks Kartik to let Naira stay on her own. Kartik tells Manish that he can’t live without Naira. Naksh starts hating Kartik. He wants to protect Naira. Manish explains Kartik that if Naira is much important than his life, then he should just try hard to get her back. He doesn’t want to lose his son. He knows Kartik’s true love for Naira and also remembers the last time when Kartik slipped in sorrow after getting separated from Naira because of Suwarna’s anger.

He doesn’t want Kartik to become lifeless without Naira. He urges Kartik to get much determined, since he has the strong power of true love. He asks Kartik to try his best and end Naksh’s hatred as much. He asks Kartik to hide his tears and keep a smile on his face at least for Naira. He asks him to start fresh and not let anyone come between his love story.

He advises Kartik to take this memory loss shock in a positive way and restart his love story once again. Manish is aware of Kartik’s immense love and assures that he will always help him in completing his love story. The show will get interesting twists with Kartik and Naira’s new start.

Yeh Hai Mohabbatein:
Rohan and Aaliya decide to make a new start in their lives. Rohan arranges a small house for their accommodation. Aaliya is happy that Rohan is trying to be independent, without any help from Sudha or her family. Aaliya supports Rohan. They together plan to start a company on Ishita and Raman’s name. Raman feels proud of Rohan and believes him. Karan has big plans to help Yug in his love story. Karan wants to break Rohan and Aaliya’s unity by bringing Yug in between. Ishita wants to keep Yug away.

Kulfi Kumar Bajewala:
Nimrat wishes that Sikandar gets to know the truth some how. She has decided to unite Sikandar and Kulfi. He decides to send Kulfi to the hostel. He gets sad and sings a song with Kulfi.

He tells her that even if she stays away, she will always stay in his heart, its not necessary that they always stay together to express their feelings. He is much heartbroken. Kulfi understands what he means by his singing. She sings along with him. He tells her that she has to become independent now and get away from him, they both will be heartbroken, they love each other, they aren’t helpless since they are connected by their souls. He asks her to sing this song when she misses him in the hostel. He gets a call from hostel. He realizes that he has to send her the next day. He shatters and cries.

Nimrat realizes there is no time left and she has to reveal truth to him. She keeps her diary and wishes Sikandar opens the diary once and checks it. Lovely snatches the diary from him with an excuse. Sikandar doesn’t read the diary. Sikandar loves Kulfi a lot. He doesn’t want Kulfi to go away. He wants something to happen that stops Kulfi from getting apart.