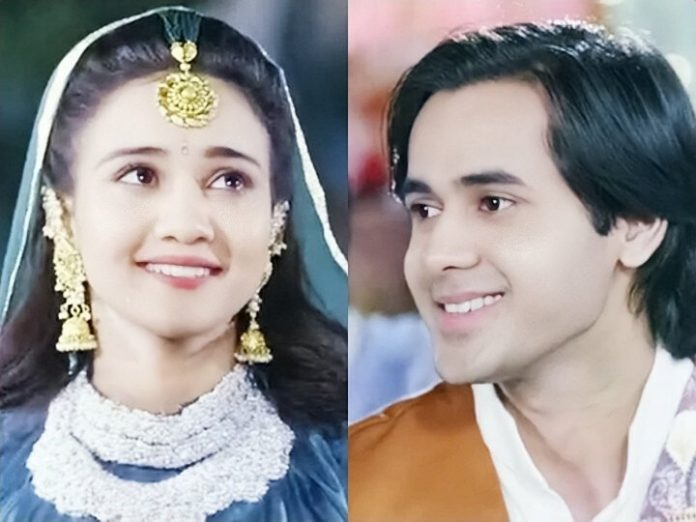 Yeh Un Dinon YHM Roop: Roop gets justice for Jigna and gets her divorce from her torturing husband. Shamsher gets angry on Manish and accuses him of provoking Jigna to take such a step and go against her family. Roop tells Shamsher that court has given the verdict. He says today you didn’t bless Jigna, but tomorrow is her engagement and her marriage is after two days. He asks Shamsher to come and bless her. The villagers and Dinesh tell Shamsher that they won’t be quiet and fix up meeting in the night. They plan to kill Manish and Jigna.

Internet Wala Love: Vihaan is in a bad state after someone attacks him badly. Jai gets worried and asks if he is fine. Vihaan looks scared and tells him about Karan. Jai accuses Karan and hits him asking how dare he to injure Vihaan badly. Karan looks angrily, but calms down and tells everyone that Jai is misunderstanding him. Ragini and Karan get everyone’s sympathy. Jai gets sure that Karan and Ragini are creating problems in their lives. Ragini instigates Rupa against Aadhya and tells that Aadhya’s kundali didn’t match with Jai, but her kundali matched with his Kundali. Rupa is shocked and gets an idea to get Ragini and Jai married.

Yeh Un Dinon Ki Baat Hai: Sameer accepts Karthik and his brother’s challenge and plays kabaddi with them. He wins the horse to take baraat to Naina’s house. Naina’s hair styling/ perming goes wrong. She thinks she will look cartoon and scolds the hair stylist. She fears that Sameer will not let her sit beside him. Everyone gets tensed seeing her hairstyle. Meanwhile, Sameer finds a mark on his forehead which he got during the kabbadi match and gets tensed about his looks. Munna and Pandit ask him not to worry. Both Sameer and Naina worry for their looks gone wrong for the big wedding day. They wanted to look their best so that they can get good pictures clicked. They want to keep their promise of love, and come for the marriage. They worry for each other’s reaction when they meet.

Shakti: Varun sells the baby to a foreigner. Soumya reaches Mumbai with her family support and searches Soham. Harman is in the hospital and recuperating in the hospital. Preeto is at her side. Soumya manages to reach Varun. Varun tells her that the baby went very far to Singapore from her and she can’t get him back. He laughs. Soumya decides to get the baby and flies to Singapore. Her search for Soham begins in Singapore.

Ek Thi Rani Ek Tha Ravan: Rani is stressed and thinks about how to make everything fine. Manjiri and Dadi are helpless and come to Shivraj’s house and request him to accept Rukmani and Rivaaj’s alliance. Manjiri asks Rivaaj to accept the shagun. Rivaaj refuses for the alliance and says one of your family members is not approving for this alliance. Dadi says we all are agreed now. Rivaaj says he will marry only when Rani brings the alliance proposal and then only he will have sehra. Manjiri and Dadi get tensed as Rani is against the alliance.

Yeh Hai Mohabbatein:
Yug fights with her inner dilemmas. He doesn’t want to come between Aaliya’s marriage and happiness. He doesn’t know what to do. He also feels he shouldn’t sacrifice his true love when he is getting a big opportunity to win his love. He thinks of accepting Karan’s offer and break Aaliya’s marriage with Rohan. Ishita wants Aaliya and Rohan to shift to the new flat. Aaliya is happy to begin a new life with Rohan. Yug calls up Karan to accept his offer, when he decides to win Aaliya’s love by unfair means.