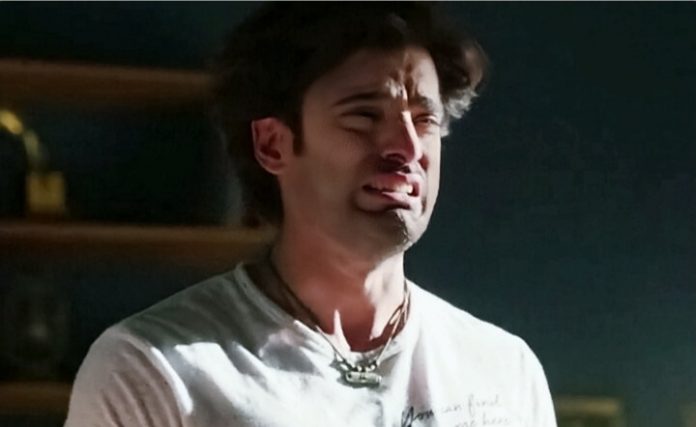 Kulfi Kumar Sikandar shocked. Kulfi gets heartbroken that she will be soon going away. She asks the watchman to take care of her cow. Nimrat tries to connect with Kumar Sanu, so that he can reveal the big truth to Sikandar. Sikandar reminisces Nimrat when he gets reciting some poetic lines. He misses her badly. He wishes if he could get a chance to be with her. He holds much pain in heart since he isn’t able to do justice with Kulfi either. He feels he is doing the same injustice with Kulfi as he has done by abandoning Nimrat. Nimrat tells him that Kulfi is his daughter. Sikandar doesn’t know how will he live without Kulfi when she goes away. Kumar Sanu tells him a poetry. Sikandar tells him that he has written this poetry for his first love Nimrat. He asks him how did he read this poetry.

Kumar Sanu hands him the burnt diary of Nimrat. Sikandar gets moved on reading the book. He realizes that its a gift for him, which destiny has brought to his door. Kumar Sanu tells him how his manager has got the diary on the road and got it to him. Sikandar believes that Nimrat will always be of him. He gets happy to get Nimrat’s memory back. He feels its a big coincidence.

Kumar Sanu tells him that everything is destined, and even this diary had to reach him. Nimrat is thankful to him for doing a favor on them and saving their relations. Sikandar thanks him for bringing his love sign to him. He reads Nimrat’s diary and turns emotional. He receives a big shock on knowing about their daughter, who was born after he ended ties with Nimrat. He regrets to abandon Nimrat and cheat her.

Nimrat watches him while he reads her diary. He realizes her pain which he has gifted her by his big deceive. He regrets a lot for not ending her wait and leaving her to die. He apologizes to Nimrat and feels helpless. Nimrat knows the reason of his helplessness. She forgives him. She wishes that he turns another page and learns about Kulfi, their daughter. He wants to know who is their daughter. He can’t believe the big injustice he has done with his daughter. Lovely gets a huge shock on finding him reading the diary and knowing the truth. Sikandar gets away from Lovely. He wants to know about his daughter. Lovely wants to know if she has known about Kulfi. Sikandar wonders why did Mohendar had lied to him before.

Lovely tries hard to stop him from knowing the complete truth. Nimrat is sure that he will know the truth if he reads further. Lovely asks Amyra to get up and stop Sikandar from reading the diary. Amyra worries thinking of the dire consequences. Lovely tells her that she will keep the promise and not let Sikandar learn it. She asks Amyra to pretend that she didn’t know the truth before. Amyra doesn’t want Kulfi to win the game after coming so far. Sikandar reads the diary to get his answers. He feels miserable to think of Nimrat and the baby’s sufferings. He reads about his daughter and cries.

Kulfi arrives there to meet him, while he is about to see Kulfi and Nimrat’s picture. Nimrat wishes that Sikandar knows the truth. Kulfi wants to know the reason of his sorrow. He shows her Nimrat’s diary. Nimrat pleads to him to learn the complete truth. Kulfi doesn’t want him to know the truth, that will make their separation more painful. Will Kulfi stop him from seeing her picture? Keep reading.