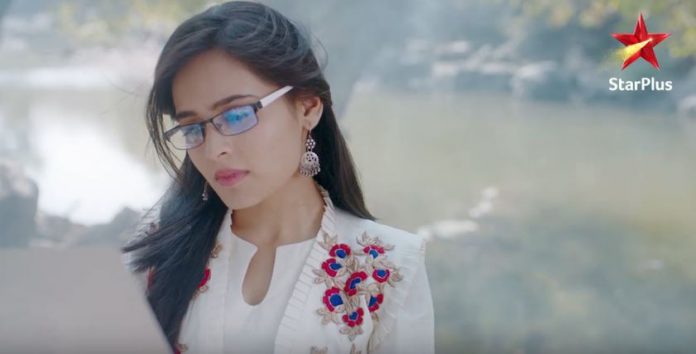 Yeh Rishta Spin off Yeh Rishtey Hain Pyaar Ke will bring Shaheer Sheikh and Rhea Sharma in the lead roles. The story around Mishti’s love journey will be introduced by Yeh Rishta’s leads Kartik and Naira. Mishti is Naira’s cousin. Mishti’s take on love will be seen. The new spin-off will bring an interesting love story.

Aapke Aa Jane Se:
Vedika is troubled by Pankti. Gaurav breaks the marriage and tells Vedika that Sahil and Pankti are in love. Vedika prays that her problems come to an end. She performs Tandav at the temple and prays. Pankti’s would be groom Gaurav gets convinced by Vedika to marry Pankti. Gaurav’s friend dances and misbehaves with Pankti. This infuriates Sahil. He ends up bashing Gaurav’s friend and stops the stupid baraat dance. He asks Gaurav how can he his friend misbehaving with his would be wife, can’t he see Pankti feeling uncomfortable. He scolds Gaurav. He raises questions on Gaurav’s sensibility. They have a heated argument. Badi Amma stops Sahil and forces him to apologize to Gaurav. She just wants Pankti to get married and leave from the house. Sahil doesn’t want Gaurav to ruin Pankti’s life.

Kaal Bhairav Rahasya 2: The mystery unveils with Veer’s personality disorder twist. He can’t bear any injustice done in front of his eyes, right from his childhood, and has been killing the evil doers. He kills the people who do wrong with others and break the rules of Kaal Bhairav. Veer gets possessed by supernatural forces when he gets to killing the evil doers. He feels he is keeping the rules of Kaal Bhairav. He gets highly mistaken when he takes the punishment task in his hand. Veer is not aware of his other personality. He is innocent equally like others. Archie doesn’t know about Veer’s split personality. She tries to figure out who is going to die next, when she learns that Lord Kaal Bhairav is arriving in Kanakgadh to kill a big sinner. She fears for Veer, who is assumed to be the cursed heir.

Muskaan:
Muskaan decides to marry Ronak just to keep her promise to Aarti. Sujoy can’t afford to lose her and begs her to return in his life. He feels tough to sacrifice his love. He begs Ronak to return Muskaan to him, and explains the needy promise Aarti has taken from them in the tough hour. He asks Ronak to realize that Muskaan deserves a peaceful life. Ronak wants to protect Muskaan from his evil father, and turns down Sujoy’s request. Sujoy gets helpless seeing Muskaan going with Ronak. Sujoy and Kajal get negative in their madness for fulfilling their love story.

Ishq SubhanAllah: Elena learns that her eloping has caused a lot of problems between Kabeer and Zara. Elena knows that if she doesn’t agree for marrying Anas, then Kabeer will blame Zara. Kabeer wants Elena to marry the guy chosen by family. Elena doesn’t want Kabeer and Zara to get separated by fighting because of her. She sacrifices her love for Aamir. She is unhappy and unwilling to marry someone else. Zeenat makes mehendi design on Elena’s hand. Kabeer wishes Elena to get married to Anas by family’s blessings.

Ghatbandhan:
Raghu comes up with a new drama. He throws a reception party and invites Dhanak’s family. When Dhanak doesn’t give him good response, he tries to attempt suicide. Dhanak gets scared seeing his madness. Raghu tells her that he loves her a lot, he can’t choose between his mum and wife. He loves both of them equally. He drinks the poison while facing the pressures. His mum gets too worried for him. Dhanak doesn’t want him to die by suicide. She rushes him to the doctor. She handles the situations smartly. She saves Raghu’s life. His mum realizes his strong love for Dhanak. Dhanak is upset and prays to Bappa that everything gets fine.