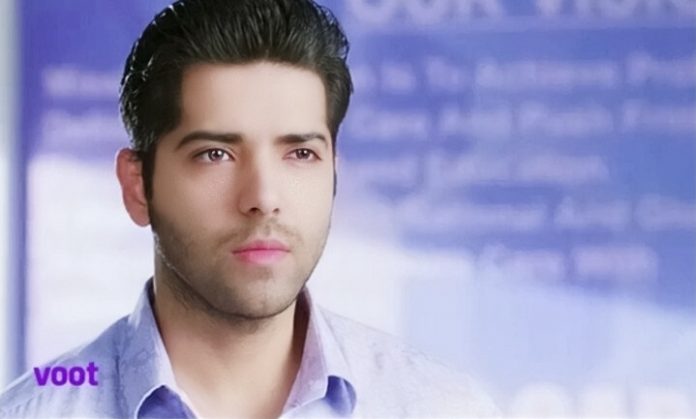 Silsila Kunal insults Mauli. Kunal stays in a bad mood because of his suspicion on Mauli. Radhika and Dida find him angry. Mauli rushes to meet Ishaan and tells Kunal about the emergency at the clinic. Mauli wants to make up to Ishaan once again. Kunal grows more suspicious about Mauli’s affair when she acts more weird. He reaches a decision and wants to spy on her to catch her red-handed. Ishaan is upset and hides his sorrow from the kids. He sends the kids for an outing. He wants to free Mauli from the bond, and thinks to unite her with Kunal. He feels he isn’t part of Mauli’s life now. He realizes that Mauli and he can never unite, and its tough for Mauli to choose between Kunal and him. He wants to free her from the dilemma.

He feels he should sacrifice his love for Mauli. Meanwhile, Mauli tells the family that she has to go for an emergency. Kunal tells them that he is feeling unwell. Mauli stays back with Kunal to look after him. She puts him to sleep. She goes to meet Ishaan. She apologizes to Ishaan. She tells him that she was in trouble because of Kunal.

Kunal follows Mauli and reaches Ishaan’s house. He finds Mauli and Ishaan in a close moment. He catches them red-handed and scolds Mauli for cheating him. He gets disheartened and confronts Mauli for having an affair with Ishaan. Radhika and Dika get worried knowing Kunal is not a home. They want to know if Kunal has gone after Mauli. They get afraid for Kunal and Mauli’s relation. They don’t want Kunal to know about Mauli and Ishaan. Kunal tells Mauli that he has caught her now, even he has two evidences against her.

Kunal tells Mauli that he has read her lovey dovey note for Ishaan. He asks her why did she cheat him, where did their love go, why did she fall for Ishaan. He gets raging. Radhika tells Dida that they can’t cheat Ishaan by uniting Kunal and Mauli. Dida tells her that Kunal and Mauli can unite for the sake of their children. Radhika feels Kunal can cheat Mauli once again when he gets his memory back.

Dida gets selfish and doesn’t think about Kunal. Dida asks Radhika to let the past come back. Dida tells Radhika that Mauli should be with Kunal. Radhika asks Dida not to cheat Mauli and not make her life a joke. Kunal can’t believe that Mauli has thrown him out of her life. He asks Mauli to answer, where did his love fall less that she broke his heart. He tells her that he wants to know why did she cheat him. He tells her that he has a right to know the reason for her cheating. He reprimands Mauli. He gets insulting Mauli and calls her characterless. He hates himself for loving a girl like Mauli. Ishaan calls it enough and wants to reveal the truth to Kunal.