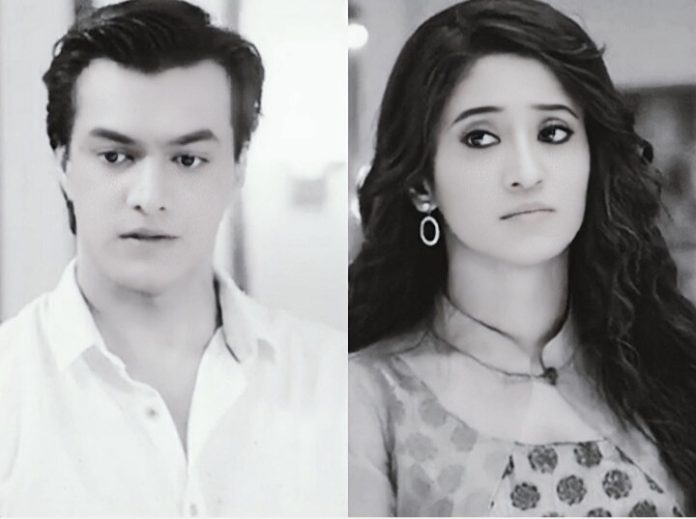 Yeh Rishta Goon attack on Kartik-Naira. Kartik doesn’t know that Naira has come to his house. Naira wants to meet him. Devyaani and Bhabhimaa take care of Kirti. The neighbors talk to them about Naira. Devyaani gets worried for Naira’s future. Bhabhimaa tells Devyaani that Naira should know about Kartik and stay with him. Devyaani and Bhabhimaa get to talk to Naksh. Naksh tells them that Naira is his responsibility, and he will not let Kartik come between in their happiness. They want to explain him that Naira can get fine well if she is with Kartik, she can accept him as well as she has accepted them. Naira steps into Goenka house with big hopes of meeting Sid. She likes the beautiful house. Naira doesn’t want to meet him with weird look.

She finds the short circuit. The Goenkas worry for the fire. Kartik spots Naira at the gate. Naira gets away after seeing much smoke inside. Kartik wants to know what is Naira doing at his house. Meanwhile, Kirti doesn’t know why Naksh has come with her when he didn’t had to spend time with her.

Naksh gets angry on her. He asks her if she doesn’t care for Naira. Naksh tells her that they together have to look after Naira. Kartik meets Naira and gets into a moment with her.

He doesn’t want her to meet the family and know the truth. He takes her away. He asks her to go home. She asks why is he making her leave. Naira tells him that she won’t go without talking to him. Lav and Kush get Naira’s kachoris and get happy to realize that she had come home. Dadi also confirms of seeing her. Manish tells them that Kartik isn’t taking care of himself, maybe he has got the kachoris. He asks Dadi not to think of anything. Naira wants to be with Sid for some time. She laughs talking to him. He gets happy to befriend her and win her faith. She falls for him further. Naksh and Kirti reach the dance class to pick Naira. Naksh doesn’t learn that Naira has gone somewhere. He waits for Naira, unaware that she is with Kartik. Kartik and Naira get attacked by some goons. Will Naira recall the past and remember Kartik? Keep reading.