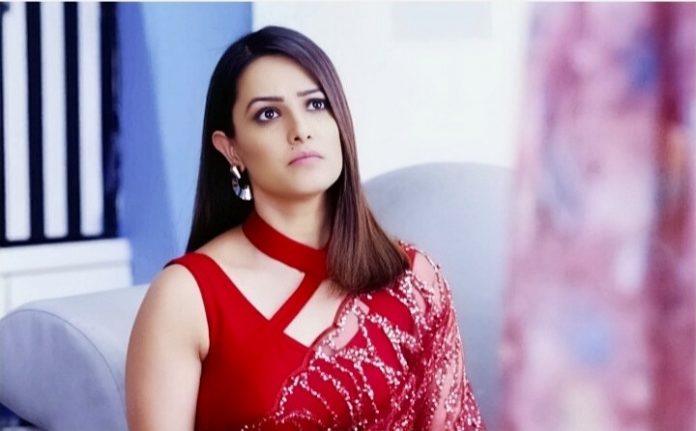 YHM Shagun supports Ishita. Aaliya is happy to see her Adi. She asks Shagun and Ishita to accept him. Ishita tells them that Yug is a fraud, and misusing their trust. She doesn’t want him to fool them of their emotions. She asks Yug to get lost. She scolds him for playing with their feelings. She tries to oust him from the house. Entire Bhalla family come to support Yug. Aaliya stops Ishita from hurting Adi. She doesn’t want Ishita to snatch her Adi once again. Shagun and Ishita ask Aaliya to believe them. Yug comes up with an idea and collapses down to get their sympathy.

Karan tells Sudha that Yug knows everything about Adi. He is sure that Yug will continue to fool Bhallas for the sake of Aaliya’s love. He wants Yug to convince the family. Sudha wishes that Rohan moves on in his life by forgetting Aaliya. She wants Rohan to leave Aaliya and come with her. Everyone explains Rohan that he has to give some time to Aaliya. Rohan loves Aaliya since she is his wife. He doesn’t want Yug to separate Aaliya from her. Bala asks him not to force Aaliya and leave. Shagun and Ishita fail to explain Raman as well.

Raman tells them that he wants to give some time to Aaliya so that she can decide everything on her own. Ishita asks Rohan to trust her, she will not let Yug win in his fraud. She wants to save Aaliya’s life. She assures Rohan that she will send Aaliya to him soon. Rohan tells her that he is going home with his family by having high hopes from Aaliya’s mothers. He wants his wife back, knowing Yug is an imposter. He doesn’t want to lose Aaliya at any cost. Raman feels his wish to get his son back has come true. He doesn’t care if Yug isn’t Adi, as long as he is staying as Adi between them.

Aaliya takes care of Yug, and spends time with him thinking he is her husband. Ishita wants to expose Yug and save Aaliya. Rohan tells her that he can wait his entire life for Aaliya. He shows his ultimate patience and impresses everyone. Sudha taunts Ishita for failing in her plans. She tells Ishita that the agreement won’t matter when Aaliya with her. Ishita tells her that none can separate Aaliya and Rohan, not even Yug. Sudha tells her that Adi is Aaliya’s first love and Aaliya won’t leave him. She tears the agreement being sure that Aaliya will never come back to Rohan. Raman and Shagun feel sorry for Rohan.

Ishita tells them that Sudha has torn the agreement. She gets shouting in frustration that Yug isn’t Adi. She feels lost and guilty that she has not told the family about him before. She thinks to take Ranbir’s help in exposing Yug. Sudha asks Rohan to forget Aaliya. She is happy to get Rohan home. Rohan doesn’t want to forget his wife. He doesn’t like talking to Sudha. Karan asks Sudha to give some time to Rohan, since he is in much tension. Sudha offers support to Rohan. Ishita calls up Rohan to know about Ranbir. She tells Rohan that Yug is Ranbir’s friend and he can help them in proving Yug’s identity.

Rohan sends her the number. Karan and Sudha plan Ishita’s plans and try to stop Ranbir. Karan fools Ranbir. Ranbir lies to Ishita as well because of Karan’s trick. Ranbir asks him to talk at Yug’s office and know he is not in the town. Ishita scolds him for lying. Shagun and Ishita feel disgusting. Rohan asks Ishita what did Ranbir tell them. Ranbir thinks he has saved Yug by lying to Ishita. Rohan gets upset. Karan tells Sudha how he has managed everything. Raman tells Ishita that Yug resembles Adi and now he wants to be with him. He asks Ishita to let them stay happy with Yug. Yug tries to break Aaliya and Rohan’s marriage.