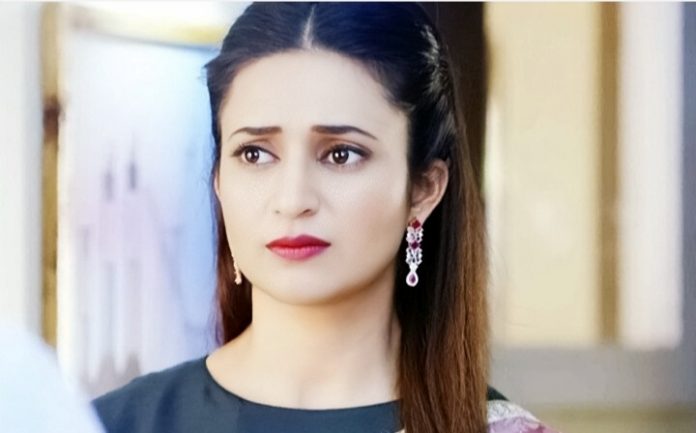 Yeh Un Dinon Mohabbatein and more spoilers. Ghatbandhan: Dhanak scolds Raghu for taking revenge and breaking Sejal’s marriage. Sejal waits for her groom. The groom goes missing. Sejal cries in the mandap. Dhanak wants to know why is Raghu doing this. She suspects Raghu and blames him for kidnapping the groom. Raghu gets the groom in front of them. He reveals to them that he has beaten up the groom because of his crime. The groom’s mum creates a scene and insults Dhanak’s family. Dhanak asks Raghu to better kill them, since he knows nothing else. Raghu asks Dhanak to believe him once. She doesn’t listen to him. She says you and your mum have done this intentionally and ruined Sejal’s life. She yells at Raghu. He reveals the groom’s evil truth in front of everyone, making Dhanak realize her mistake.

Sitara:
Vishkanya Vrinda and her sisters take a disguise and enter the royal palace. They take the modern avatars and had come to the palace with a special motive, that’s to exact revenge on the royal family. Sitara gets worried seeing them. She wants to protect Viraj from Vishkanyas. Viraj tells Sitara that the guests are known to his dad. She can’t believe this. She runs to save him, but falls in trouble. Viraj rescues her from fire trap.

Yeh Hai Mohabbatein:
Yug takes Adi’s place in Aaliya’s life and Bhalla family. Yug gets confident that he can trick everyone by using Adi’s charm and identity. Aaliya gets charmed by Yug when he speaks like Adi and bowls her over. Aaliya believes that he is Adi. Ishita and Shagun get helpless while failing to explain the truth to Aaliya. When Rohan attempts to convince Aaliya that Yug is cheating her since he loves her, Aaliya doesn’t listen to Rohan. Yug humiliates Rohan to the core and shows his rights on Aaliya, claiming that she is his wife. Ishita doesn’t want Aaliya to get close to Yug, because of the huge misunderstanding. She manages to bring distance between Yug and Aaliya.

Kesari and Jagat witness the grand wresting championship, where Mary Kom is the chief guest. Kesari gets impressed with Mary and finds her a source of inspiration. Kesari wants to wrestle well and make Hanumant proud some day. Kesari tells Jagat that he has to keep the name of their wrestling grounds. Jagat fails to match the level of the opponent Gorilla. Kesari enters the wresting ring to win the prizr reward and help her father pay off the loans. She also makes Hanumant amazed and proud by her extraordinary talents.

Yeh Un Dinon Ki Baat Hai:
Naina’s Grahpravesh happens in Sameer’s house. Vishaka does her aarti and welcomes her inside. Sameer and Naina get happy and go ahead towards their new future. Naina undergoes the rituals. She faces many taunts since she belongs to middle class family. The relatives ask Naina is she happy that she has come to her dream house. Vishaka doesn’t want Naina’s mood to get spoiled by the relatives’ taunts. Sameer is confident that Naina will fulfill the rasams well. He tells them that Naina always won the competitions in college. Naina makes a mistake and gets targeted by relatives again. Naina turns upset. Sameer defends her and doesn’t leave her alone. He assures her that he will protect her from everything. They steal an eye stare and confess love to each other.

Sir ji and Gayatri try hard to support Kajal and give her Bahu’s status. Even then Ronak declares his love for Muskaan. He accepts Muskaan as his wife and tells them that he can never have any relation with Kajal. Kajal gets heartbroken with the rejection, while Muskaan deals with Ronak.