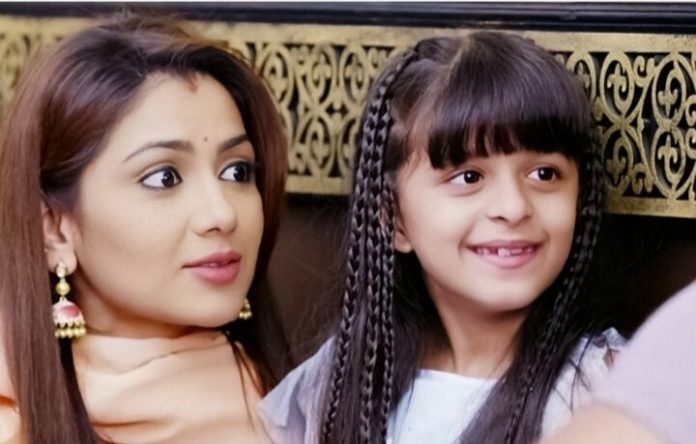 High drama in Kumkum Bhagya: One of Nikhil’s goons melts down seeing Kiara’s innocence. Nikhil calls Abhi and asks him to talk to Kiara. Kiara asks about Pragya and asks him to make her talk to her mamma. Nikhil takes the call and asks him to bring the money at the said address else he will lose his daughter forever. Abhi’s friend Ashish thinks to reach the spot where kidnappers called Abhi with the ransom money and fears that kidnappers will kill Kiara after taking the ransom. Abhi arranges the money and goes to the spot. Ashish arrives there with the Police team. Nikhil takes the money from Abhi and tries to kill Kiara.

Tujhse Hai Raabta: Kalyani scolds the man who hit Anupriya with his car mistakenly. Malhar is doubtful and thinks Kalyani is searching life partner for herself. Pandit ji calls him and tells that Kalyani has sent a kundali asking him if there is a yog/chance for the second marriage. He gets upset and angry thinking Kalyani wants to remarry. He sits in his jeep. Atharv tells Sampada that he had sent flowers for Kalyani so that Malhar gets doubtful on her and goes to college to question her. Malhar reaches college and sees Kalyani sitting with a young man. He tells that he has understood everything. Malhar tells that he has no objection if she wants to move on in life. Kalyani tries to tell him that she is searching groom for Anupriya to get her second marriage done.

Kundali Bhagya: Karan agrees to marry Monisha only if she tells the mastermind’s name. Monisha says I am ready to tell you, and looks at Prithvi who nods her not to say. She tells Karan that she will tell him after marriage as she doesn’t trust him, he might refuse to marry her again. Karan asks her to say first. Monisha is about to say when Billa comes there and tells that mastermind is Monisha herself, shocking her and everyone.

Rajaa Beta: Ramesh misleads Gomti with his lie and makes her against Vedant. Gomti determines to ruin Purva to hurt Vedant. Purva and Vedant spend some quality time. Purva is falling for Vedant seeing his goodness. Vedant is happy to get hear his name from Ramesh, even if it for the deal. They dance with each other. Pankhudi tries to get closer to Vedant.