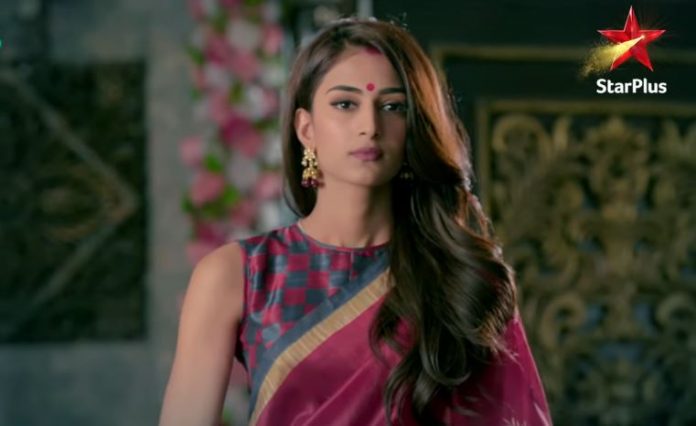 Kasautii Zindagii Unexpected Shocking twist. Mohini learns about Anurag and Prerna’s love vows. She still compels him to marry Komolika. She forces Anurag to fulfill the sindoor daan ritual with Komolika. She denies his feeling for Prerna. She doesn’t want to accept Prerna. Meanwhile, Prerna learns about her pregnancy. She doesn’t want Anurag to cheat her and take advantage of her innocence. Though Anurag and Komolika get married, Prerna calls it null and void. She barges inside the Basu house and shocks a big shock to Anurag.

She tells Anurag that he has married her first and shows the thread mangalsutra. She tells him that she will stay in his house as his wife with all the rights. She claims her rights on him. She hates Anurag and tells him that she will now ruin Komolika and his relation. Prerna’s comeback gets unexpected for Anurag. She promises to ruin his status and prestige, since he had cheated her. She reminds him about his illegal second marriage. She threatens of dire consequences to him. Komolika and Mohini fall in trouble when Prerna comes to live with them in Basu house. Even Anurag fails to stop Prerna, and gets happy in his heart. He couldn’t reveal his sacrifice to Prerna, but continues to love her.

Ishita and Shagun turn helpless when it comes to protect Aaliya from Yug. Yug gets on countering Ishita’s plans and failing her so that he can take Adi’s place in their lives, even though everyone knows that he isn’t Adi. The family wants to accept him in Adi’s place, since he resembles Adi and is loving them too. They wish the family stays happy. Ishita explains them how wrong they are doing with Aaliya, since they can accept a strange in their son’s place, but can’t compel Aaliya to accept a stranger in her husband’s place. She wants to save Aaliya from getting wronged by Yug. Karan and Yug get together against Bhallas to make them bite dust. Yug proves that he is Adi shockingly by putting his life in risk to save Adi’s son.