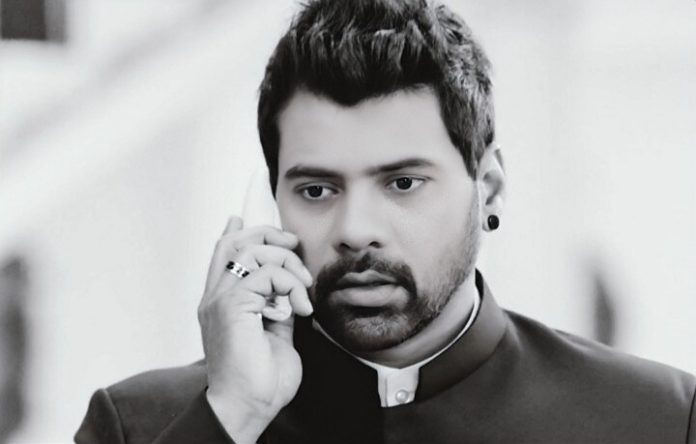 Upcoming tonight in Kumkum Bhagya. Tanu regrets to get Kiara kidnapped. Disha wants Pragya to divert her mind. Pragya gets a huge shock when she sees Abhi on the news channel, while he declares an open challenge for the kidnappers. He appeals to the mass audience to help him reach his daughter, who is kidnapped by revengeful men. He warns the kidnapper that he will reach him soon. He refuses to give any money to the kidnapper. Things get serious since the kidnapper gets enraged seeing Abhi seeking the media. Abhi knows that the kidnapper won’t return Kiara to him, since the motive of kidnapping isn’t money, but revenge. He goes on hurting the kidnapper’s ego and invites more trouble. Pragya feels terrible seeing the news. She tells Disha that kidnappers will really harm Kiara now, Abhi shouldn’t have done this. Disha asks Pragya not to think negative and trust Abhi’s plan.

She asks Pragya to believe her, she can never harm Tanu. She is equally worried for Kiara. She asks Pragya to come along if she wants to check Tanu’s house. Abhi returns home, only to face Pragya’s wrath. Pragya scolds Abhi for provoking the kidnapper. She fears that Kiara will get harmed. He explains the desperate measures he had to take. She tells him that he shouldn’t bring ego in between and challenge the kidnapper. Abhi tells her that kidnapper doesn’t want any money, he wants to kill Kiara. Pragya angrily slaps Abhi when he mentions Kiara’s death chances. Abhi calms down Pragya. He promises her that he will get Kiara back. Pragya tells him that if Kiara gets punished for his mistake, then their relationship will end. Abhi makes a plan so that one of the kidnappers inform him about Kiara.

He wants to use the kidnappers’ greed. Pragya fears that Abhi’s impulsive decisions can put Kiara in trouble. Abhi declares that he wants to double the reward. Tanu spies on Abhi. Abhi sights Tanu and gets curious to know her involvement. Kidnapper calls Abhi. They have a heated argument, which makes Pragya worries. Abhi challenges the kidnapper to prove that Kiara is in his captivity.

Kidnapper makes Kiara talk to her parents. Abhi and Pragya assure that they are coming to save her. Kiara invites risk by biting the kidnapper’s hand. The kidnapper shoots at Kiara to scare her. Abhi and Pragya get panicking hearing the gun shot and fear that they lost Kiara. Ashish tells them that kidnapper didn’t kill Kiara and is just scaring them. Kidnapper wants to get money and then kill Kiara. Pragya meets King to seek his help. King asks Pragya to believe Abhi. He tells Pragya that he would have given money to kidnappers to save Kiara. Pragya asks him to help her and give money. King tells Pragya that Kiara is like his daughter as well. Disha asks them to think smartly and try to outdo the kidnappers. Pragya believes that King loves Kiara a lot. Pragya feels the pain. Abhi catches Tanu to know about his daughter.