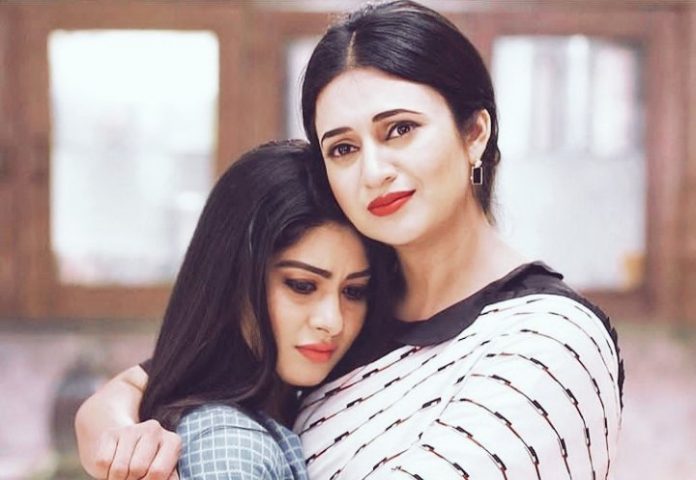 Yeh Hai Mohabbatein Shocking revelation. Shagun barges in Bhalla house and reveals to Ishita that Aaliya has asked for her mangalsutra so that she can wear it post Adi’s return. Aaliya doesn’t want Ishita to question Adi again. Ishita tells Aaliya that Adi hasn’t returned to them. She doesn’t want Aaliya to ignore the truth. She asks Aaliya to realize that they are not her bad wishers. Aaliya blames Ishita for snatching her Adi. She tells her that she believes her Adi and will not listen to anyone, except her heart. Aaliya doesn’t want anyone’s interference. Ishita doesn’t know what to do to end Aaliya’s emotional dilemma. She scolds Yug for putting Aaliya in this mess. She requests Yug to leave from this house. Yug tells them that he is the hero of the story, while Ishita is playing the villain.

Shagun explains how Aaliya is suffering because of him. Yug denies to take money. He tells them that he doesn’t want money, he really loves Aaliya. Ishita feels like hitting her head when she finds Aaliya gifting Adi’s bracelet to Yug. Aaliya argues with Ishita and supports Yug. Ishita wants to contact Yug’s family and stop him.

On the contrary, Sudha is happy with her sons. She discusses the new plans. Rohan stays lost in Aaliya’s thoughts. She gets angry on him for always ignoring his duties. She tells Rohan that Aaliya is living with Yug as his wife. She asks him not to care for Aaliya and forget her. Rohan blames her once again. He gets fed up with his life. Karan tells Sudha that Yug has sent him some message. He calls Yug to know what’s the matter. Yug tells Karan that Aaliya has gifted him Adi’s bracelet, she is blindly trusting him, Raman and Ishita are completely helpless. He is happy that everything is in control again. Sudha doesn’t want Karan to waste his time and convince Rohan.

Shagun and Ishita meet Yug’s friends and try to know about Yug’s uncle and aunt. Ishita wants Yug’s family to prove his identity, and help them in getting rid of imposter Yug. Vishal tells them that Yug’s uncle and aunt aren’t bothered about Yug. Ishita wants to take a risk. Ruhi gets angry on Yug, who acts like her brother. She tells him that he should just leave from the house. Aaliya becomes Yug’s protective shield. Ruhi tells Aaliya that she will never accept Yug in family. Yug fools Aaliya and tells her that he will fight with the world for her. Shagun and Ishita take Yug’s friends along to meet Yug’s family.

They reveal the matter to Yug’s uncle and aunt, and invite them home. They wish they explain Aaliya the truth and put an end to Yug’s misdeed. Ishita tells the family that Yug’s family is coming to talk to Yug. Raman doesn’t want Yug to leave. Yug’s friends want to help Yug and stop him from committing a crime, even if he loves Aaliya. Raman feels scared that he is losing Adi again. He wants Aaliya to be secured. Yug gets a huge shock on meeting his uncle and aunt, whom he least expected.

Aaliya reprimands Yug’s friends and family. Yug doesn’t know what plan to cook up to save himself. Yug’s uncle who confessed the truth before Shagun and Ishita, changes his words and tells them that he can’t be compelled to lie to them. He reveals that Yug is really Aditya Bhalla. The major truth shocks the Bhallas. Raman asks the man why is he lying that Yug is Adi. The man has no clarification to give them. He tells them that they have got wounded Adi some months back and then took care of him with love. The man testifies wrongly, and puts Ishita in more trouble. Aaliya decides to move on in life with Yug. She is ready to leave Bhallas for Adi.