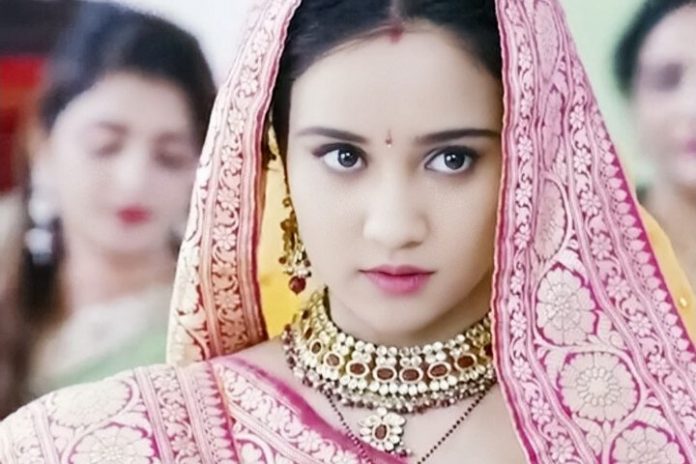 Yeh Un Dinon Kaal Bhairav Sitara: Naina makes halwa. Sameer adds sugar thinking it is less sweet. Bela also adds sugar to the halwa. Sameer is still upset with Naina. Naina serves halwa to everyone. Everyone taste it and make faces. They don’t like the over sugary halwa prepared by Naina. Naina wonders how did the sugar get too high. She then learns that Bela has also added the sugar to it. Naina gets another mistake added to her list.

Jhansi Ki Rani: Manu saves Gangadhar from the fire and takes him outside. Gangadhar asks why did she come here? Manu says I was feeling suffocated in kitchen, came here to take a fresh breath. Gangadhar looks on. He comes to Palace and asks Janki to give his marriage proposal to Manu’s father and says I want to do everything with all the rituals. Manu says but I have a condition. Gangadhar looks on.

Roop: Roop tricks Samru to get angry and shoot at Shamsher. Samru thinks Shamsher is standing and shoots at him. Roop shouts Papa. Samru laughs. Himani comes there with the Police team. Samru gets arrested and all the accusations on Shamsher get cleared. He gets his job back.

Kaal Bhairav Rahasya: Archie tries to get her answers about Pavitra taking Revati’s name before her death. She wonders how did Revati get the idol. Archie finds Revati with the idol. She rescues both Pavitra and Revati and rush them to the hospital for treatment. Meanwhile, Thakur rushes his son Abhiram to the hospital, since Abhiram was stabbed by mistake. He gets a relief that his son is alive. Thakur and Vandana get into an argument over failing to kill Revati. Archie tries to find out the mystery. On the other hand, Veer misses to meet Archie. He wants to talk to her once. Rajmata learns about the woman being tortured by her daughter-in-law. She tries to pacify the woman. Veer learns about the humble kind lady getting tortured by her sinner daughter-in-law.

He turns into Kaal Bhairav to punish the sinner. He tells the sinner that he has watched her committing the sins. He threatens her that he will kill her. She informs the police about Veer and wants him arrested. Archie learns that Revati is in coma. Vandana feels her secret got wrapped up again. Thakur and Vandana plan to kill Revati and Pavitra, and tackle Archie to get the idol and give it to Brahmanand. Veer gets justice for the tortured woman.

Viraj has to get married the same day in order to get free of his kundli dosh. Sitara doesn’t want Viraj to marry Surili. She meets Viraj and apologizes to her. They have a moment. Viraj tells the family that he wants to marry Sitara. Viraj keeps a condition to forgive Sitara. She tells him that she will accept all the conditions to get his forgiveness. They have a sweet moment of love. Sitara agrees to marry Viraj. Their differences get over. Sitara throws an open challenge for Vrinda. She is sure that Vrinda can’t separate Viraj and her.

Muskaan:
Kajal gets glad when she finds Muskaan making fun of herself and also insulting the family members. She wants Muskaan to do the drama in front of Mrs. Sinha. She learns that Mrs. Sinha isn’t at home. Muskaan’s drama gets unseen by Mrs. Sinha. Muskaan gets angry on Ronak’s family. They don’t understand why is Muskaan behaving like this. Kajal tries hard to bring Mrs. Sinha back so that Muskaan’s drama goes against her. Bua takes a stand against Muskaan, and gets attacked instead. Ronak enjoys the drama until Muskaan mocks everyone and brings their truth out.

Shakti: The angry villagers manage to get inside the house. They see Soumya running out of the house. Varun tells the villagers that Soumya is running away with his son. The villagers run behind her and throw stones on her. Varun also throws the stone on her. Harak Singh and Preeto run behind them and get shocked seeing the woman in Saree whom everyone thinks Soumya is heavily injured on her head. Soumya stays safe and also secures Soham from everyone.

Aapke Aa Jane Se:
Badi Amma slaps Vedika and scolds her for harming them. She doesn’t believe Vedika when she blames Ghungroo. Badi Amma asks Vedika not to blame others. Vedika gets upset. She knows Ghungroo isn’t mad, and even Badi Amma is hiding some secret. She tells Sahil that they should ask Badi Amma about Ghungroo’s secret. She tells Sahil that Ghungroo is behind the bad incidents. Vedika observes Ghungroo and his plans to fail him. Ghungroo plans to sell the house by cheating the family. Vedika and Sahil want to fail Ghungroo’s bad intentions.