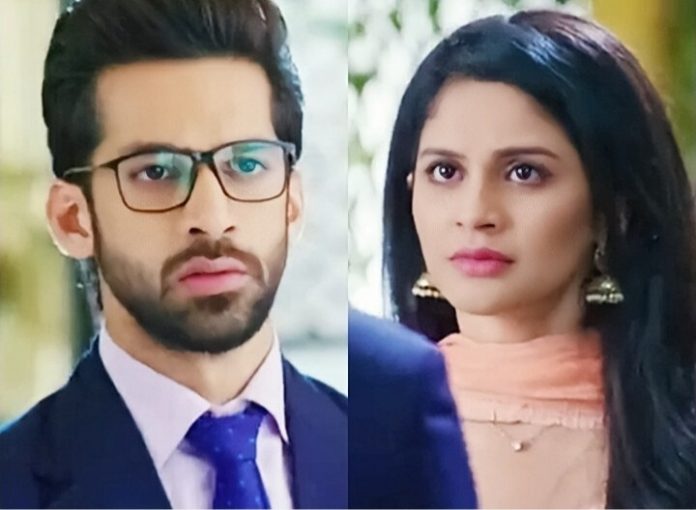 Krishna Chali London Stormy twists. Lali tells Krishna that Shivani is trapping innocent Veer. Krishna doesn’t want to interfere in his life. Lali asks him to save Veer from Shivani’s plans. She wants Krishna to alert Veer and do a friend’s duty. Shivani and Krishna show concern for each other. Shivani doesn’t leave a chance to turn Krishna jealous. Krishna tells Lali that she doesn’t want Veer to interfere in her life and even she wants to stay out of his life. Krishna doesn’t know why is she affected by Veer. Veer takes care of Shivani. Veer also stays in his own dilemmas. Aayan makes Krishna smile by his positive attitude. This gives a chance to Veer to get jealous. Lali senses this and tries to reason out his feelings to him.

She asks him to stay determined and win Krishna’s apology. She tries to make him realize his feelings for Krishna. He isn’t sure if he loves Krishna. She tells him that he would care for Krishna as a good friend. She lets him think of this on his own. She asks him to side up his ego and talk to Krishna.

Krishna goes to help Gajanan, knowing a storm is close. Shukla and his family face the storm. Shuklain worries for her elder son Gajanan. Shukla tells Triloki that they should go and check on Gajanan. Veer finds a strong side of Krishna once again. He helps Krishna like a good friend. Lali finds them a good match and wishes that fate brings them together. Aayan tries to evacuate the camp and save the patients from the stamp. Lali and Veer help some kids. Gajanan tells them that they should really rush from the camp. They learn about a little boy’s life in danger. Aayan and Veer try to rescue the kid. Veer turns heroic to save the boy. Krishna gets to see Veer’s good side again. Veer risks his life to save Shukla, who is his biggest enemy, just for Krishna’s sake. Will Veer be able to win her forgiveness? Keep reading.