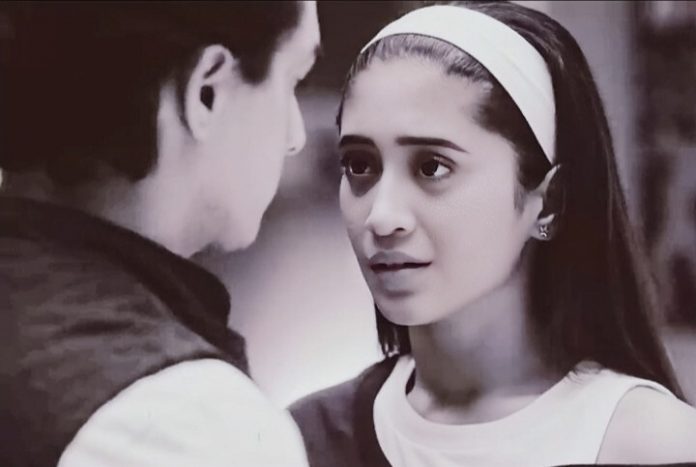 Yeh Rishta Upcoming bunch. Naira professes her love for Kartik in a unique style once again. Kartik didn’t expect her to speak up her feelings to him so soon. She makes the moment magical for them. She proposes him with a rose. Kartik gets smitten by her charming surprises and gifts. She gets impatient to get his reply. She wants to hear I love you from him. She tells him that she feels love for him, since their first meet. She finds a strange connection with him. She tells Sid that he owns a special place in her life. Kartik gets enchanted by her magical love confession. She tells him that she hopes that he also loves her the same way. She connects to his heart in a special way. Kartik gets too much charmed by her. He isn’t able to express his joy reaching new heights.

Elsewhere, Mishti and Kuhu are seen competing in a cycle race. They give a tough competition, and wish the best for each other, being sisters. Rajshri shares about her grand daughters to Singhanias. Devyaani thanks Rajshri for giving all the love to Mishti. She regrets for Naman’s mistake. She wishes Naman never reaches Mishti’s life. Rajshri fulfills her part sincerely and shapes Mishti’s life. Kartik happily dances while Naira awaits his reply. He is happy that Naira lost her memory, but didn’t lose their love.

He feels assured that none can separate them. He controls his smile when he faces Naira. She asks him to admit if he loves her. Kuhu cheats in the game to get ahead. Mishti helps her in the race. Kuhu can’t think of anything else than victory. She even cheats Mishti to make her way in the race. Kuhu pays a price for her cheating. Kuhu and Mishti lose in the race. They end up arguing. Kuhu doesn’t like to call Mishti her sister. She puts the blame on Mishti when her mistake gets caught. Naksh asks Rajshri to meet Naira. Rajshri gets encouraged by them to meet Naira. She asks Naksh to call Naira.

Naira wishes Sid to tell her what’s his reply, its fine if he rejects her. She tells him how Naksh has advised her to speak up her feelings to the one she likes. Kartik realizes that Naira is in love with Sid, and will soon realize his lie. Naira gets unsure about Sid’s reaction. She asks him if he is angry on her proposal. He gets confused. He doesn’t want to hide the truth from her.

He wants to explain her the truth, which will recognize their love ultimately. Naksh doesn’t find Naira at home and calls her up. Kartik asks Naira if she didn’t tell anyone before leaving the house. Naira fears for Naksh’s anger. Kartik asks her to go home. Naira asks Sid to give her a reply first. Kartik wants to convey the truth to her in a special way. He rushes Naira out of his house.

Naira informs Naksh that she is fine and coming home. Kartik and Naira have a moment of togetherness, which breaks because of Naksh. Kartik feels sorry that he couldn’t give her a reply. Naira plans to lie to Naksh. Naksh gets hyper while waiting for Naira. Kartik lives the moment and is happy to know Naira’s feeling. Manish spots Kartik and asks him what’s going on. Naira reaches home and faces Naksh’s questioning. Naira prepares herself to lie to the family. Kartik plans to confess love to Naira in an equally surprising way.