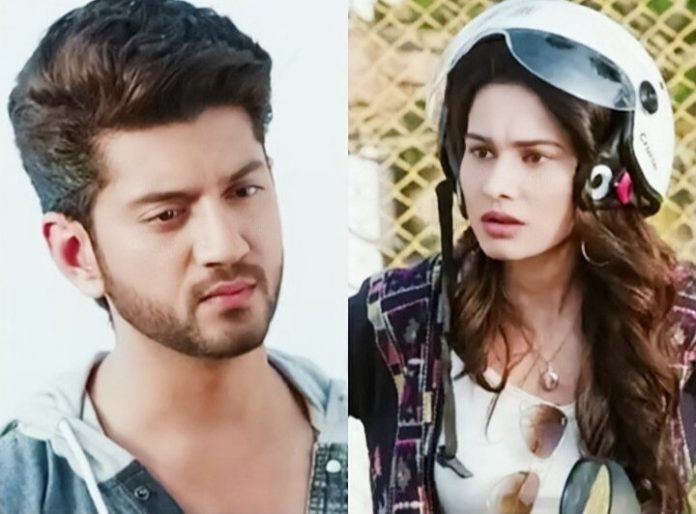 Silsila Upcoming Love triangle. Ruhaan and Mishti get into a loud argument. She wants him out of the house. Sukamini asks Arnav not to hide his feelings and express to Pari, else someone else will be stealing her heart. He doesn’t want to compel Pari to accept his love. He feels she also loves him. He is sure that Pari will understand his love one day. He doesn’t want to force Pari for marriage. Sukamini tells him that Pari will get distant from him if he delays his love proposal. He gets glad when Pari visits him. Arnav doesn’t tell her anything. He knows she is commitment phobic and wants to give her time. Pari and Arnav try to work on Mishti’s marriage functions. Arnav wants to be with her all the time. She asks Pari about Ruhaan.

She tells him how Mishti is against Ruhaan. Arnav learns that Mishti has developed a liking for Ruhaan. He tells her that feelings change when the person is in love. Arnav doesn’t want Pari to get close to Ruhaan. She tells him that Ruhaan has helped her in a way that she is left impressed by him. Ansh finds Ruhaan a nice guy. He wonders why Mishti has much problem with him. He tells Ruhaan that Mishti didn’t wish him to stay along and spoke Radhika about ousting him. He tells how he has convinced Mishti for keeping him as PG. Ansh befriends Ruhaan.

Ansh tells him that he doesn’t tell anyone that he smokes. He is happy to get a male company in the house, since he has share his heart. Ruhaan tells him that he shouldn’t smoke at a young age. Pari wishes that everything goes fine. She wants to secure Mishti’s happiness. She wants to handle the marriage expenses and lessen the burden on Radhika and Mishti. Some guys misbehave with Pari at the cafe. Pari stands up against them and asks them to apologize. The guys refuse to apologize. Arnav and Pari handle the guys and bash then up. Sukamani meets Veer and flirts with him. He tells her that he knows her relation with Mishti.

Sukamini learns about Arnav and Pari’s visit to the police station. She reaches there to rescue the children. Pari clarifies about the guy’s misbehavior and her defene step. Pari gets glad to see Ruhaan with Sukamini. Pari finds him a caring person. Sukamini assures the inspector that her children will never repeat such thing. Ruhaan feels that Pari has done the right thing by taking a stand. Ruhaan is proud that Arnav and Pari fought against the wrong. Pari doesn’t want her family to know anything. Ruhaan deeply misses Mishti. Radhika informs Mishti that Pari has started working on the new project. Mishti stays stressed about the finances. Ruhaan gets to see Mishti’s responsible side. Mishti expresses bitterness towards Ruhaan.