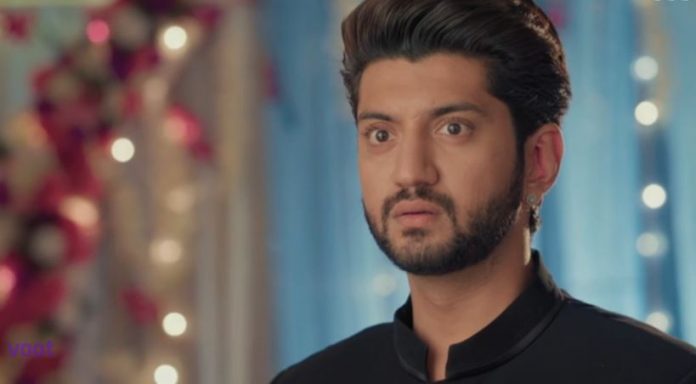 Silsila Shocking moment. Ruhaan doesn’t get in Mishti’s sight. He doesn’t want to spoil her mood. Mishti learns about Veer’s mum and tells him that she is coming to meet him soon. She dislikes to take Ruhaan’s help when she finds her car tyre flat. Ruhaan offers her lift. She doesn’t care. She tries to get some other medium of transport and gets late. Mishti finally meets Veer. Veer is happy that she has impressed his family a lot. He tells her how much his parents like her. Ruhaan joins them for dinner. Mishti expresses the pain of losing her mum. She tells Veer that she is genuinely concerned for his mum. Pari doesn’t want Mishti to cry. Veer apologizes to Mishti.

He really values her and feels lucky to get her. Pari tries to get Ruhaan’s attention and realizes that she has developed much liking for him. Ruhaan leaves the dinner. Mishti asks Pari not to pamper Ruhaan. Pari likes Ruhaan and Arnav gets aware of this. He tries to get his attention. They have a moment filled with fun and mischief. Arnav wishes Pari finds love in his eyes. Ruhaan looks for Veer. Veer and Mishti express love for each other and kiss. Ruhaan finds them kissing and gets heartbroken. He doesn’t understand the reason for his anger. Pari finds him really upset and wonders what did Mishti tell him. Mishti tells her that she didn’t say anything.

Ruhaan breaks few things in his room. Ruhaan doesn’t want to get affected by Mishti and Veer’s relation. Pari and Mishti go to ask him out of concern. He asks them to take permission before entering his room. He doesn’t let them in. Meanwhile, Sukamini insists Arnav to end his worry and talk to Pari. He stays disturbed about Pari and Ruhaan. Mishti tries to balance her work. She learns about Pari’s fake promises to the clients. She doesn’t want Pari to give any early deadline for the project. She realizes Pari’s mistake.

She confronts Pari for spoiling their work. She doesn’t want Pari to value work and become independent financially. She corrects Pari’s mistake. She wants to make Pari confident and sound to take the right decisions. Ruhaan overhears their argument. He learns about Mishti’s marriage date. Mishti wants to focus on her marriage and wishes Pari becomes solely responsible towards the company. The sisters have an emotional moment and cry for their parents’ untimely death. Ruhaan pacifies Pari in her weak moment.