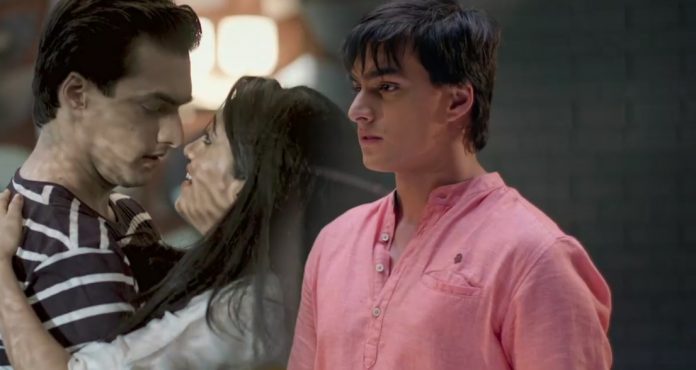 Yeh Rishta Naira Unexpected move. Rishabh warns Kartik against hurting Naira. He blames Kartik for cheating Naira. Kartik wants Rishabh to stay out of their matters. He tells Rishabh that none can intervene in his personal matter. He asks Rishabh not to be around Naira. Naira recalls the truth Kartik has revealed about his own identity, their strong love and relation. Kartik tells Rishabh that he has already told the entire truth to Naira. He helps her recollect their relation. He wants Naira to realize their bond. He tells her that he is Kartik, who has befriended her as Sid once again. He doesn’t want to make a new relation based on a lie. Naira feels she can’t handle the truth, since she didn’t expect this.

Rishabh and Kartik realize that Naira has run away and maybe heading home. Rishabh is certain that Naira will never forgive Kartik for his big lie. Kartik wishes Naira stays with him and never ends ties. Mishti feels sorry for Kartik. He requests her to support her like always. Kartik justifies his lie. He wants everyone to understand his feelings. He doesn’t wish to upset anyone. He wants Naira to know his heart, which just longs for her. Mishti asks him to make Naira realize his worth.

Mishti expresses her annoyance that he didn’t keep friendship with her. She feels everything changes in life, even relationships. Kartik tells her that he didn’t know about her else he would have got her back home. He asks her to understand his love for Naira. He thanks her for making him realize true love for Naira. He apologizes to her. He breaks down in the weak moment of pain. He wishes someone understands his loneliness. Mishti consoles him. She forgives him and becomes his best friend again. Naksh checks for Naira at the dance academy. Naira returns home and tries handling the big truth. Mishti stays with Kartik.

Rishabh comes home after Naira to know what is she thinking. He looks for Naksh to talk to him. He tells everyone that Naira has learnt Kartik’s big. Naksh returns home and asks Rishabh about the matter. Naksh gets Kartik and Naira’s pictures from the dance academy after his enquiry. He gets angry knowing Kartik has been cheating Naira once again by being Sid. Rishabh tells Naksh that Kartik has performed with Naira as Sid in the Shivratri fest. Naksh gets enraged and doesn’t want to spare Kartik. Kartik arrives at Singhania house to answer Naksh’s questions. He doesn’t want Naksh to react so hyper way. He tells Naksh that none can separate Naira and him.

He proves his love for Naira and tells Naksh that Naira loves him too. Naksh shows his criticism towards Kartik. Goenkas arrive to support Kartik in the battle. Manish apologizes for not helping Kartik before. They don’t want Naksh to dominate someone’s relation and decide for them. Manish wants Naksh to tell Naira about her life’s most important relation with Kartik. Manish tells naksh that Naira’s heart has found Kartik’s love in any identity. Naksh tells Manish that Kartik has chased Naira. Manish asks Naksh how could he think of separating two lovers. Naksh feels its possible to separate Kartik and Naira.

Naksh asks Manish not to be blind in Kartik’s love and think of Naira. He asks Kartik to get out of Naira’s life forever. Kartik tells Naksh that Naira will decide for their relation. Naksh goes more shouting on Kartik to insult him, which disappoints Naira. Naksh can’t forgive Kartik for stealing Krish. Naira makes up her mind and goes to express her love for Kartik. She tells him that she loves him a lot and will always do. Naira’s love declaration comes as a big happiness for Kartik. Kartik vows to end their life’s tension.