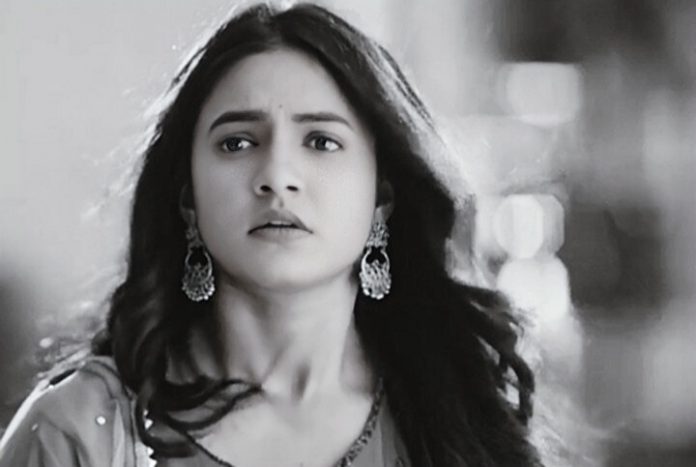 Udaan Sitara High Voltage drama: Sameer arrives in the holi party when he joins a job at Deep’s place. Sameer becomes Deep’s driver. Deep asks him to drive them to the holi party venue. Sameer lands in Anjor’s house. Anjor and Sameer have a cute moment of romance, when they meet unplanned. Sameer doesn’t want to forgive her so soon, but he loves her a lot. He can’t see her upset. He wishes Anjor to stay happy always. Anjor has realized her love for Sameer. She tells Sameer that she regrets her misdeeds. She asks him to forgive her and give her a chance. Chakor applies colors on her face to hide her identity, and takes an entry in the holi to meet the trustees. She wants to find out Anjor’s parents and confront them.

Chakor comes face to face with Jatin and Poonam. She gets angered thinking how they have back-stabbed her and snatched her daughter, when she was just asking the help. Chakor reprimands Poonam for being so selfish and not thinking of others’ feelings. Poonam fears that Chakor will snatch Anjor from her. She loses her cool.

Chakor demands to take Anjor with her and also reveal how Jatin and Poonam lied to separate the mother-daughter duo. There is high voltage drama in the holi party. Poonam and Chakor fight over their rights on Anjor. Poonam doesn’t want to lose Anjor at any cost.

Sitara:
Sitara is much upset that she failed to stop Vrinda from killing Ratan Singh. Viraj and his mum are much depressed to lose Ratan. Ranisa blames Sitara for stabbing Ratan to death. The doctor checks Ratan and tells them that Ratan is no more. Sitara hugs Viraj and comforts him. Viraj knows Sitara can never kill Ratan. Ranisa feels Sitara has really murdered Ratan. She tells Viraj that she has seen Sitara with the knife in her hand and she has surely stabbed him. Viraj wants to clear Ranisa’s misunderstanding. The Vishkanyas arrive to pay condolence on Ratan’s death and put up a drama.