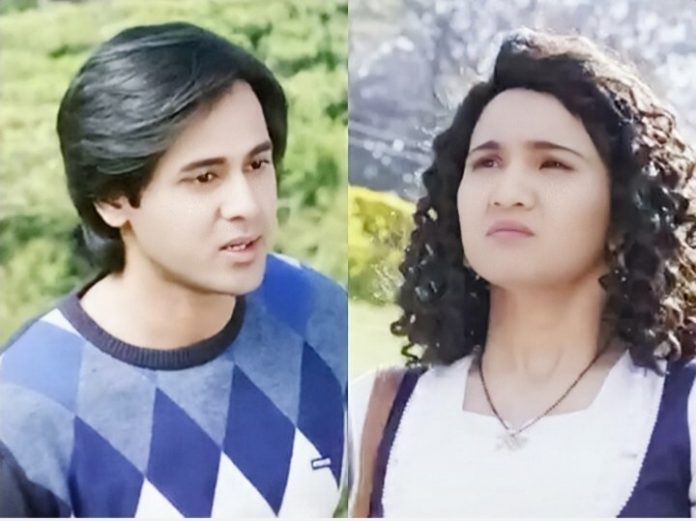 Yeh Un Dinon Krishna Shakti Muskaan: Ronak asks Muskaan not to go with Kajal. Kajal ruins their date and takes Muskaan with her. She wants to kill Muskaan. She plans Muskaan’s accident. Ronak saves Muskaan from the accident. Kajal falls in trouble as well. She falls down the wheelchair and acts helpless. Lovely and Gayatri run to rescue Kajal. Ronak doesn’t attend Kajal much, since he is only concerned for Muskaan’s safety. Ronak takes Muskaan home. He tells her that he can’t see anything happening to her. Kajal’s plan fails once again.

Shakti:
Rajat helps Harman and Soumya in their legal fight for their rights over Soham. Rajat feels Soumya loves Soham a lot and she has a right to raise Soham as a son, even if she is a kinner. He helps Soumya make a voter identification card. When the people protest against transgenders, Rajat takes a stand for Soumya. The media gets involved in the matter. Rajat scolds the people and explains them the constitution where all the genders are given equal rights. Soumya finally gets her identification card. She gets her right to vote. She feels this is a first step towards her victory. She wants to get her rights and also her son back. Singh family is happy for Soumya. They get grateful to Rajat for help.

Sitara:
Viraj wants to help Sitara. She gets arrested. Vrinda provides fake evidences to teach a lesson to Sitara. Viraj knows Sitara is innocent. Sitara tells the police that Vrinda has murdered Ratan Singh. She tells the truth that Vrinda is a Vishkanya. Vrinda plays her smart move and wins once again. Viraj assures Sitara that he will soon get her released. He gets much upset with Sitara’s arrest.

Aapke Aa Jane Se:
Ghungroo becomes an enemy of Agarwal family. He is ruining Sahil, Vedika and entire family. Badi Amma loves Sahil a lot. She learns that Sahil is in jail for Guddu’s murder, just because of Ghungroo. She doesn’t want Ghungroo to hurt Sahil. She takes an extreme step and shoots down Ghungroo. She wants Ghungroo to die. Ghungroo survives the attack. Ghungroo and Badi Amma’s relation will get a major twist post this incident. Vedika witnesses Badi Amma’s love for Sahil and supports her. They want to get Sahil released from the jail.

Krishna Chali London:
Shivani blames Krishna for breaking her marriage. She scolds Krishna and Veer. Krishna slaps Shivani and exposes her truth. She asks Shivani how dare she puts their lives in risk. Shivani was mad in anger, when she planned to kill Krishna. Veer became the prey of her anger. Veer survives the accident and learns Shivani’s evil plans. Shivani and Krishna have a cat fight. Krishna tells Sunaina that Shivani had been evil minded since she re-entered Veer’s life.

She reveals that she loves Veer and she will always protect him. Veer gets angered when he gets evidence against Shivani. He breaks his marriage with Shivani. He tells Sunaina that he wants to marry Krishna, since he loves Krishna a lot. Dulaare wants Veer and Krishna to unite. Sunaina blesses Veer and Krishna, and wants them to get married. Shukla family will create hurdles for Krishna’s remarriage.

Yeh Un Dinon Ki Baat Hai:
Sameer and Naina loses his cool when he fails to romance Naina. He gets drunk and tries to kiss his wife. Naina ruins his romance plans again and again. Sameer gets adamant to fulfill his romance dreams. Naina is trying to understand his feelings. Naina’s low key romance gets annoying for him.