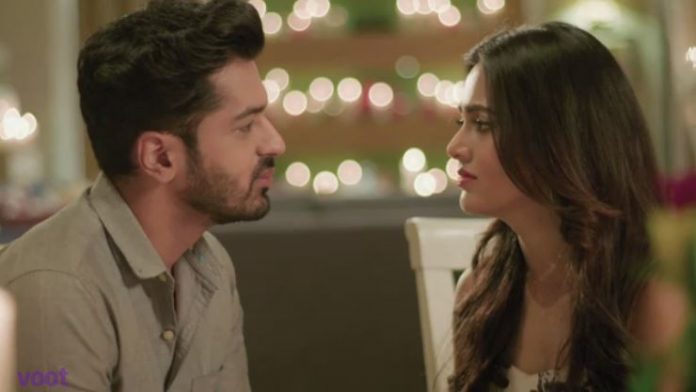 Silsila Voot Upcoming twists. Veer witnesses a moment between Ruhaan and Mishti. When Mishti realizes her mistake, she gets deeply embarrassed. She owes an apology to Veer. Ruhaan too gets embarrassed and leaves from there. Veer bursts into laughing on their funny awkward moment. Mishti tells him that she has done everything for her, she wanted to make his evening special. He tells her that he called Ruhaan home, knowing she isn’t coming for dinner. She tells him that she wanted to come close to him. He relieves her from the stress. She feels like she has disappointed him again. She doesn’t want to play with his emotions. He tells him that Ruhaan is spoiling their relations.

She wants to match up to Veer’s expectations. She is upset that her surprise went in vain. Veer tells her that her surprise his really stunning like her. They confess love to each other and get ahead with the dinner. Ruhaan gets occupied by Mishti’s thoughts. He gets saved from an accident. He doesn’t want to fall for Mishti, knowing her relationship with Veer. He stays affected by Mishti’s love confession. Ruhaan gets on Mishti’s mind as well. Mishti returns home and tells Pari about her shocking goof up. She reveals about romancing Ruhaan by mistake.

Pari laughs on her odd moment of romance. Mishti tells Pari that she is worried for Veer even more. Ruhaan arrives home. Mishti doesn’t want to face him again. Pari laughs on their odd scene. Ruhaan appears serious. Pari asks him to just chill, since its not his mistake either. She asks both of them to forget the incident and take it light. Radhika wakes up Mishti and Pari, and asks them to run for their tasks. Radhika meets Sukamini to freshen her mind by her advice again. She feels restless. She shares her tensions with her friend.

She thinks Mishti will be soon leaving the house. Sukamini tells that Mishti will always be close to them. She asks Radhika not to cry over Mishti’s farewell from now itself. They get sad and emotional. Pari gets stunned when Mishti gets talking about Ruhaan, instead Veer. Pari asks Mishti if she is just having Ruhaan on her mind, why is she mentioning Ruhaan’s name instead Veer, when she is going to marry Veer. Pari makes her realize that she was just taking Ruhaan’s name. Mishti doesn’t realize what she just said. She tells Pari that she will just shop for Veer, she didn’t take Ruhaan’s name. Pari reminds Mishti her hatred for Ruhaan. She teases Mishti and asks if she has feelings for Ruhaan. Mishti denies everything.