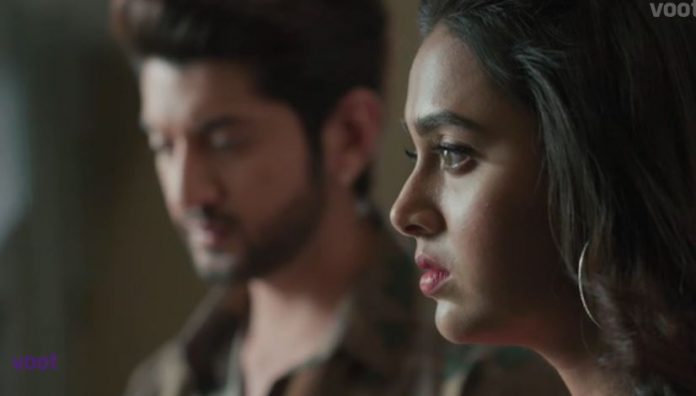 Silsila Mishti Ruhaan relation changes. Pari wonders why is Mishti so much affected by Ruhaan. She thinks Mishti hates Ruhaan, so maybe this is the reason that she isn’t getting rid of her negative thoughts. She has no idea that Mishti is developing feelings for Ruhaan. Pari rushes for a meeting. She thinks of talking to Mishti and Ruhaan at a different time, when they both are willing to talk. Ruhaan helps Mishti once again, when she tries to get away from him and lands in trouble. She stays indifferent towards him, but doesn’t realize that he is leaving a dark impression on her mind. She clears the misunderstanding between them. She also apologizes for the mistaken date.

Ruhaan accepts her apology. He feels sad that he can’t be a part of his love. He doesn’t want her to come towards him since she can never be his life partner. He limits his heart by going near her. He thinks to better avoid her to stop the complications arising between Mishti and Veer. He also apologizes to Mishti for always being rude to her. He promises to let her live in peace and not come between her life.

Ruhaan gets into an argument at his workplace. He doesn’t like any model for the project. He refuses to compromise with his work. He wants to find some common girl to model for his project to portray a woman of today, a complete woman, managing home and business. He has seen Pari and Mishti managing both the home and work responsibilities well. Pari buys a plant for Ruhaan. She tells Arnav that she wants to gift the plant to Ruhaan to thank him. Radhika worries when Ansh doesn’t open the door and doesn’t answer her calls. She panics and calls Veer to seek his help. Veer tells her that he is soon coming home. Radhika calls Arnav home as well. Pari stays busy in her work.

Radhika worries for Ansh’s safety. Arnav and Veer rush home to help Radhika. Arnav hides the matter from Pari so that she doesn’t get worried while managing her work. Radhika feels Ansh has taken any wrong step and committed suicide being in stress. Veer meets her and learns about her tensions. He tells her that he will talk to Ansh. Arnav and Veer try to get through and reach Ansh. Arnav scolds Ansh for not answering Radhika’s calls. Radhika is happy that Veer will always be there for her family. She shows her belief in Veer and Arnav. She wants Mishti and Pari to marry Veer and Arnav and have a good future.