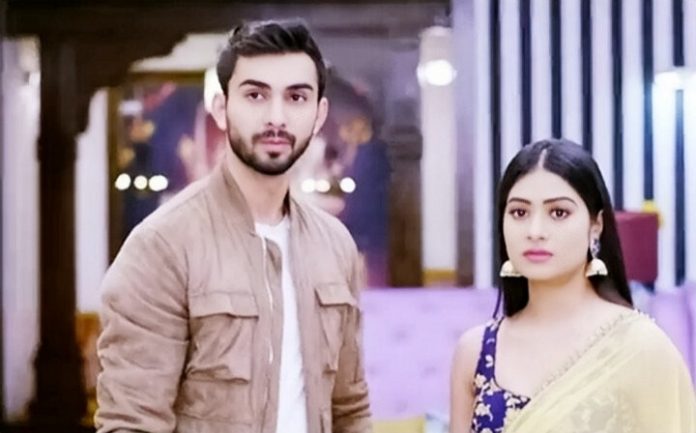 Yeh Hai Mohabbatein Shocking Havoc. Karan informs Raman that Rohan has signed the divorce papers. Raman gets delighted and prepones the marriage so that Aaliya and Yug unite. Raman informs Mani and Shagun about the marriage. Rohan learns about the marriage from a pandit, whom he contacts for the puja at new workshop. Rohan can’t believe that Aaliya is marrying Yug so soon. He knows Ishita won’t let this happen. He thinks why didn’t Ishita inform him. He gets angry on Bhallas, who are cheating him. He rushes to stop the marriage at any cost. He doesn’t think he should rely on Ishita’s promises. Ishita tries to reach Rohan. Karan learns that Rohan has already got this news. Rohan takes help from Karan. He can’t let Aaliya marry that imposter. Karan manipulates Rohan and asks him to think of Sudha’s health.

He asks Rohan not to let Sudha suffer. He asks Rohan to wait until Sudha leaves for London. Rohan agrees for Sudha’s sake. Raman and entire family plan a good function for Aaliya and Yug. Yug sees the family so enthusiastic. He asks Raman about his decision to prepone the marriage. Raman tells him that Rohan has signed the divorce papers. He asks Yug to just stay as Adi with them and focus on Aaliya for her happiness.

Yug wants to see Aaliya happy. Raman gives him all the love and asks him to prepare for the marriage. Karan alerts Raman about Rohan coming to the Bhalla house. He tells that he has stopped Rohan by convincing much, but Rohan will create a scene in between the marriage function. He asks Raman not to let Rohan know about his plans. Raman thanks him for all the help. He is sure to stop Rohan. Aaliya and Yug happily celebrate their marriage functions. Raman is happy to see Aaliya’s smiling face. Ishita can’t stand this madness. Shagun and Ishita team up to stop the marriage, while Raman and Mani are happy for Aaliya and Yug. Simmi tries to explain Raman that this marriage can’t happen. Raman produces the divorce papers. He tells Ishita that Rohan didn’t come to protest against the marriage.

Raman asks Ishita to know well if Rohan is really out of town. Ishita tells him that Rohan is letting Aaliya continue this madness just for the sake of her mental recovery. Ishita gets the lawyer’s help to stop the marriage. Raman tells them that he holds all the legal documents since he wants to get Aaliya legally married to Yug. Ishita finds him well prepared. She doesn’t know why isn’t Rohan calling her. Raman assures Mani that Rohan can’t do anything against Yug.

Muskaan struggles to get out of the house. She takes the maid’s help to plan her escape. She succeeds to mislead Sahil and leaves from the house. He wants to reach Bhalla house and settle scores with Raman and Ishita. Ishita isn’t happy with the marriage. She doesn’t know if she is wrong to support Rohan. Simmi asks Ishita not to worry much. She encourages Ishita to talk to Aaliya once again. Ishita wants to remind Aaliya about Rohan. Aaliya gets emotional to marry Adi again. She feels she is doing wrong with Rohan, but she loves Adi a lot.

Ishita feels Aaliya isn’t at fault, since Raman is doing everything. Ishita tells Raman that she will get a stay order and stop the marriage at any cost. Raman is confident that none can stop the marriage. Rohan and Karan arrive at Bhalla house to create a havoc. Rohan wants to stop the marriage and teach a lesson to Bhallas. Raman is prepared to face Rohan. He tells Aaliya that Ishita has gone for her work. He doesn’t want her happiness to get down. Rohan stops the marriage and wants Aaliya to accept the truth. Aaliya doesn’t accept Rohan’s love and gets on yelling at him. Yug stops Rohan from exposing the truth.