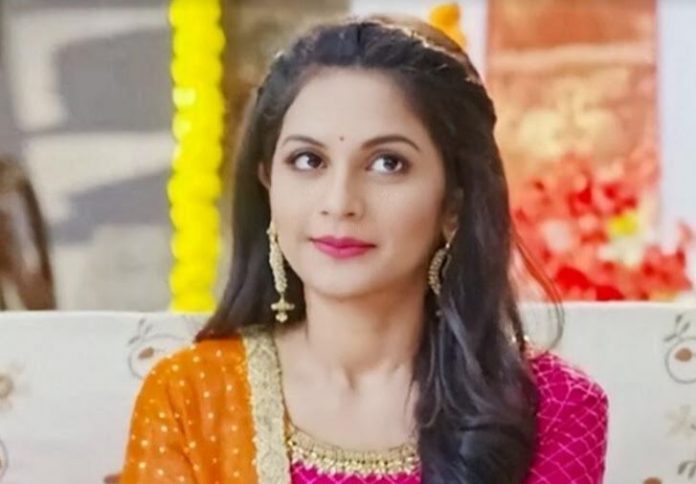 Star Plus Upcoming Krishna Chali London: Shukla finds a good chance to ruin Krishna’s happiness. He scolds her for not controlling Veer’s greed for money. Shukla gives a negative statement against Veer in the police station. Krishna gets angered hearing Shukla’s bad comments. She challenges Shukla that she will get Veer released in a day’s time. She tries to get evidence in Veer’s favor so that she can help him before the matter goes in the court. Krishna fails to get any clue. She gets worried that she won’t be able to save Veer. She gets a new strength by her anger on Shukla. She thinks there has to be some proof against Shukla, since he is the evil doer. Krishna finally gets the evidence behind Shukla’s crime. She learns that Triloki and Shukla had visited the hospital.

She finds Shukla red-handed in the act. Krishna goes to confront Shukla so that she can get Veer released from the jail. Krishna tells Shukla that she can expose him and get him caught by the police if he doesn’t agree to help Veer. She makes Shukla clear Veer’s name in the matter. Krishna succeeds to help Veer in time. Veer and Krishna unite once again, by failing Shukla’s evil plan.

Krishna proves that she will always be with Veer as his big support. Shukla can’t stop his rage seeing their unity. Shukla faces the minister’s wrath, who tells him that they need Veer for running the hospital. He reminds how they have taken big loans from the investors. He asks Shukla how will they manage without Veer. Minister asks him to think of the big losses. He advises Shukla to sell the hospital if he wants to answer the investors by returning money. He is sure that investors won’t spare Shukla. Shukla regrets on his big mistake and gets much upset. On the other hand, Veer is disheartened by Shukla’s move. He feels the trauma he had gone through. Krishna encourages him to forget it and move on. She wants to help Veer in moving on. Shukla gets revengeful against Krishna and Veer, holding them responsible for all his life’s troubles.

Brahmanand gets scared of Veer when he finds the latter angered as Lord Kaal Bhairav. He misleads Veer like he has been misleading others by acting innocent. He tells Veer that he hasn’t seen the royal family members. He asks Veer to find them if he wants to punish. Veer just wants to punish Archie, regarding her a sinner. Veer goes to find Archie and the royal family.

Archie realizes that Brahmanand is keeping an eye on her by some way. She asks the family if they have any idea of Brahmanand’s tracker. Vandana exposes the tracker in order to get her child back. Archie learns about the tracker chip present in her ring and uses it to mislead Brahmanand. She seeks help from her loyal aide Akshay. She doesn’t return the baby to Vandana. She wants to take the idol for purification first, but Brahmanand has big plans to kill the royal family and snatch the powerful idol. Archie and the family head to Kashi, while Brahmanand makes sure that he reaches Kashi before them. Akshay tries hard to secure them. Meanwhile, Vandana tries to gain her powers by chanting mantras in front of the idol. She fails to get any idols, since her knowledge about the procedures regarding the idol powers is wrong.

She doesn’t know if Brahmanand has guided her right. She fails to gain any powers. Vandana doesn’t want Archie to win. Archie gets a huge shock when she finds Veer chasing them. Archie gets a sign that Veer has to accompany her to Kashi for the idol purification. Will Veer support her or punish her as Kaal Bhairav?

Dil Toh Happy Hai Ji:
Rocky finds a way to take his revenge on Bhatia and Grover, since both of them have ruined his future by fake blaming him in Smiley’s case. He has no idea that RV and Grover were saving Ranveer from the punishment. Rocky robs Bhatia’s savings and cash, and ruins him completely. He smartly carries out the robbery. He leaves a clue for Bhatia to frame Grover in the act. Bhatia doubts that Grover has ruined his business and also stolen all his cash.

Grover has no idea about Rocky’s plans. RV spends some time in the orphanage and also recalls his childhood memories. Happy finds him a true gem. RV inspires the kids to shape up their lives towards success. Happy gets charmed by his simplicity. Bhatia and Sania confront RV for his involvement in the robbery. RV pleads his innocence. He doesn’t want Sania to tell Happy about Rocky’s innocence and Ranveer’s crime in Smiley’s case. RV started loving Happy and doesn’t want to lose her trust. RV asks Sania not to threaten or blackmail him.