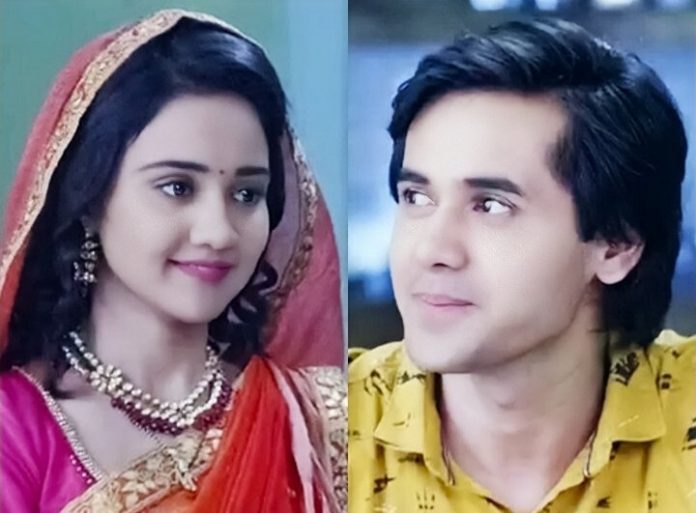 Yeh Un Dinon Dil Toh Ishq SubhanAllah Krishna Chali London: Krishna gets behind bars because of Shukla’s evil plan. Shukla blames her for Radhe’s murder. He wants Krishna to suffer. He is angry that Krishna married Veer. He thinks Krishna will be rotten in jail all life and won’t find happiness. Veer promises Shukla that he will find out the details of Radhe’s death and expose his murderer. He doesn’t know that Radhe died in the accident, committed by him. Veer will be unmasking the culprit. There will be big shocks because of the revelation, that Veer is Radhe’s killer.

Dil Toh Happy Hai Ji:
Rocky takes a new avatar of Shaan. He angers Happy by speaking against her business partner RV. He is jealous seeing Happy and RV together. Happy blurts out the truth that RV is trying to expose his truth by getting a DNA test done secretly. She reveals RV’s big plans to expose Shaan, who is actually Rocky. Rocky gets alert of RV’s plans. He rushes to swap the reports and fool RV once again. Rocky wants to secure his identity.

Rocky is much ahead of Happy and RV’s planning. He is mistaken about Happy and hates her for the wrong she did with him, but he can never hurt her. RV informs Happy that Rocky and Shaan’s DNA didn’t match. He tells Happy that Shaan has manipulated the evidences. He still doubts on Shaan. He asks Happy to stop Shaan at the hotel, he is soon arriving to confront him. Happy argues with Shaan to stop him. Rocky still loves Happy and taunts her in a different meaning. Rocky has to expose the evil doers and rectify the wrongs in his life.

Yeh Un Dinon Ki Baat Hai:
Naina is angry on Sameer, when he doesn’t take her side in front of his relatives. Naina wanted to please Sameer’s Mama and Mami. She fails to do do. Anand and Bela get ashamed of Naina’s mistakes and lecture her. Sameer gets numb when everyone blames Naina. Naina worries on hearing that love marriage doesn’t exist more than six months, since the love fades soon. Naina doesn’t want her marriage to end in that manner. She wants to prove the world wrong, but doesn’t know from where to start.

Aapke Aa Jane Se:
Badi Amma wants to end Ghungroo/Shitij’s anger. Badi Amma and Sahil try to explain him and change his hatred into love. Shitij tells Sahil that Badi Amma left his dad for the sake of money and greed, she doesn’t deserve anything. He scolds Badi Amma and pushes her away. Sahil consoles Badi Amma. He believes in her motherly love and tells her that one day Shitij will also connect with her.

Ishq SubhanAllah:
Zara fears that Kabeer will end their relation once again. She is afraid to lose him. She dreams that Kabeer is angered at her and is giving her divorce. She can’t believe it. She doesn’t want Kabeer to take any wrong step. She gets affected by her nightmares. She doesn’t want her relation to suffer. She tells Kabeer that she will never ever wish to make their relation suffer. Kabeer finds her emotional and consoles her. He tells her that he wants her strong Zara back.

Main Maayke Chali Jaungi:
Satya and Vicky have become good friends with time. Satya’s past Amarnath comes back in the tale. Amarnath is Satya’s ex-husband. She isn’t able to tell anything to Vicky. Vicky knows Amarnath’s truth. Amarnath fakes an illness to get back in Satya’s life. Vicky knows his drama and asks Amarnath to accept the truth. Amarnath lies to her and frames Vicky. He tells her how Vicky is threatening her. Satya stops Vicky from hurting Amarnath. She explains Vicky that she understands his concern as a friend, but he should spare Amarnath, its a matter of few days. Vicky feels Amarnath can ruin their lives, he is very clever. She doesn’t think Amarnath can do anything. Vicky loves Satya and fails to express his feelings. Amarnath wants to be back with them.