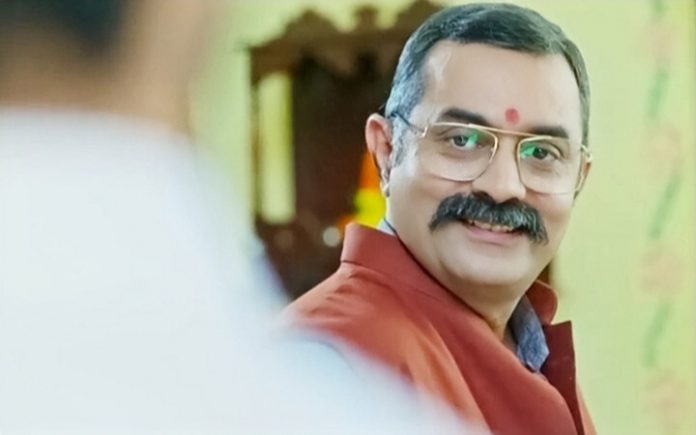 Krishna Chali London Major revelation. Krishna is getting broken down in the jail. Sunaina and Shukla together join hands to get Veer kidnapped, so that Veer doesn’t help Krishna. Sunaina knows that Veer has killed Radhe in the accident. She doesn’t want anyone to know the truth of Radhe’s death. She wants Krishna to suffer instead Veer. Sunaina gets selfish to save her son. She meets Veer in Shukla’s captivity. She tells Veer that she has done everything to save him. Veer asks Sunaina not to trouble Krishna, she is innocent. Krishna has high hopes that Veer will come to save her. She asks the lawyer to find out Veer, maybe he is in some problem. Sunaina doesn’t want Veer to take any tension. Veer accepts that he had killed Radhe.

He asks Sunaina not to forget this, as she had been a witness. Shukla gets hugely shocked on knowing that Radhe died because of Veer. He wants to punish Veer. Veer also wants to get punished. He asks Shukla to beat him and give him to police, but free Krishna from the blames. Krishna waits for Veer and gets restless in fear that he isn’t safe. Veer asks Sunaina to tell the truth to the police and get Krishna released.

Sunaina tells Veer that she has done this to save her family. She compels him to accept her decision. Veer doesn’t listen to her. She blames him for forcing her to turn evil. She promises that she will get Krishna punished. She wants to stop Shukla from revealing truth as well. Krishna gets the bail and thinks Veer has come to bail her out. She gets a big shock on knowing that Shukla has bailed her out. Shukla vents anger on himself and bleeds his hands, while crying for Radhe’s death. He decides to take revenge in other way. Shukla reveals the huge truth to Krishna that Veer had killed Radhe. Shukla wants to create a never ending distance between Veer and Krishna. How will Krishna take this big truth? Keep reading.