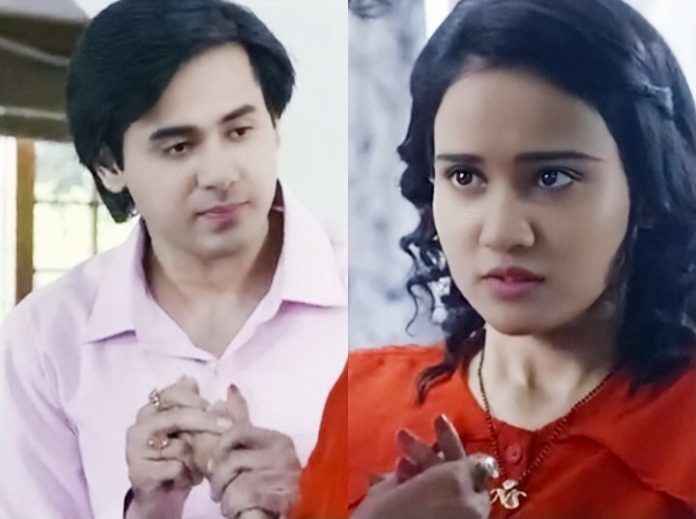 Yeh Un Dinon Dil Toh Happy Hai Ji: Shaan snatches Happy’s hotel and bosses around on the staff. He tells the staff that they will be now following his orders. He gives his introduction to them, since he is the new owner of the hotel. He tells the staff that RV has no partnership in the hotel now, and even Happy doesn’t own anything. He makes his point clear that he is the sole decision maker about every little and big concern. He secures the jobs of entire staff and also gives them a raise to keep them happy. Rocky is going to snatch all his rights from his enemies. He gets old memories revived when he spends more time in the hotel. Rocky has mixed emotions towards Happy. He wants to expose RV’s truth to Happy and family. He also plans to keep Happy away from RV. He gets insulting RV.

Dhanak makes an entry in the locality as the new don. Dhanak takes the similar look as Savitri Maai. She fulfills Maai’s challenge one by one. There is a big twist of Dhanak getting crowned as the new don. Maai praises her bahu, that she is very quick, smart and bold, just the one their group need for growing their business. Dhanak takes her female gang. Maai declares that her bahu is the don-in-law. Raghu asks Dhanak to become IPS. Dhanak tells Raghu that she has decided what she has to become. Maai brings a rift in their relation. Raghu doesn’t want to support Dhanak in her new journey. He is against her walk on the evil path.

Yeh Rishta Kya Kehlata Hai: Gayu and Samarth’s mehendi function brings happiness in the family. Samarth is happy that Dadi has willingly accepted Gayu. Goenkas welcome Singhanias with all their love and affection. Naira meets Krish happily. Naira gets worried for Mansi. She wants to know where did Mansi disappear. Kartik asks Naira not to worry, maybe Mansi has gone out with Anmol. Naira can’t explain her tensions to Kartik. He tells her that he wants to spend time with her, but she is into some other world. He gets upset with her. She finds a way to make up to Kartik by her romantic gestures. Gayu misses Vivaan, but doesn’t want to hurt Samarth’s emotions. She handles the situation by making a compromise, but hiding her sorrow over losing her love. She tries to keep a smile and look happy so that Samarth doesn’t get upset. Samarth is sure to win Gayu’s heart soon.

Sitara is suffering a lot because of her mother Vrinda. Vrinda plays a new move against Sitara and turns her unconscious. Sitara had kept a fast for Viraj’s long life. She tried a lot to win back Rani Maa’s trust. She has failed to impress Rani Maa. Vrinda wants to turn Viraj into a Vishpurush. Sitara is affected by the invisible evil powers sent by Vrinda. She doesn’t know who is targeting her. She feels Vrinda’s involvement, but is confused as she isn’t able to find her enemies around. Viraj wants Sitara to end her fast. She refuses to drink water and reveals about her fast to him. Viraj is gradually turning into poisonous being. He gets rude towards Sitara. She sees the changes happening in him and worries.

Udaan: Anjor and Sameer had lied to Bhanu, that they are a couple and came to Aazaadgunj for a tour. Bhanu learns their lie and suspects them. Bhanu kills Pakhi, who tries to help Anjor. Chakor tries to track Anjor and Sameer, so that she can save their lives. Bhanu kidnaps Sameer and Anjor, and takes them to some isolated place to kill them. Anjor gets afraid of Bhanu, knowing he is very evil. Chakor looks for her daughter. Anjor struggles to get free from Lallan’s clutches. Chakor attempts to mislead Bhanu and his goons. She finally reaches Anjor.

Sameer wanted to help Naina and her family, since he respects them a lot. He wants to ease out Anand and Bela. Sameer falls in trouble because of his helpful move. Mama ji creates a huge scene on knowing Sameer’s mistake and blames Naina for using Sameer’s richness. He wants to fire Sameer from the company by framing him in the fraud. He also defames Naina for taking advantage of Sameer’s family background to help her own family. Naina has no idea about Sameer’s mistake. Sameer wants Naina to understand him, since his intentions were right.