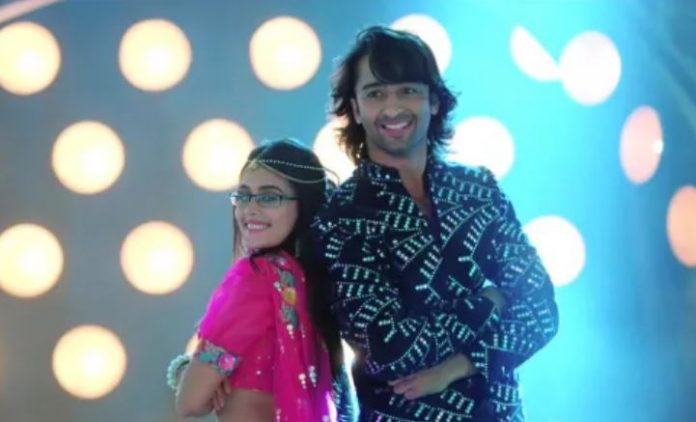 Star Plus Upcoming Hit Yeh Rishtey Abir gets into angry avatar and confronts his mother Meenakshi over always ruling Kunal’s life. He suspects that she has turned down Kuhu and Mishti’s allaince just because she feels afraid to lose to them in the family. Abir’s taunts get so bitter that Meenakshi feels losing to him. Kunal comes in Abir’s words and questions Meenakshi as well. Meenakshi’s aide and secret keeper Parul takes the blame on herself, hence saving Meenakshi from Abir’s suspicion.

Meenakshi doesn’t want her place to get weak. She makes everyone emotional and wins the game once again. Meenakshi wants Abir to apologize to her. Abir feels she is really innocent in this regard and comes up with an apology for his bitter taunts. Meenakshi and Abir have an emotional conversation. They sort their differences and unite.

Meenakshi is glad to have him on her side. Meanwhile, Vishwamber gives a special gift to Mishti and Kuhu to appreciate their big efforts in guiding Ketki right. He feels proud of his granddaughters and tells them that now Rajvansh family has to come to them to ask for the alliance. He asks the girls to always hold their pride and esteem.

Mishti is confused over Meenakshi’s stand over the courtship decision. She is afraid that Meenakshi will never agree for this. Kunal and his Nanu apologize to Maheshwaris to take the alliance talk ahead. Mishti reveals her wish of having a courtship to know Kunal well before marriage. Kunal doesn’t think Meenakshi will agree for this. He finds new complications arising from Mishti’s condition.

Krishna Chali London: Shukla learns about Veer’s involvement in Radhe’s death. He gets to overhear Veer and Sunaina’s conversation, where Veer accepts that he had hit Radhe by his car which led to Radhe’s death. Shukla can’t believe that Veer had told him the truth. He sees Radhe’s killer in front of him and loses his cool. He realizes that Sunaina wants to get Krishna punished to save her son from the police. He doesn’t want Veer to escape free. He plans to get Veer punished.

He controls his anger and instead hurts himself, while making a plan to bail out Krishna and reveal Veer’s truth to her. Krishna waits for Veer with all the hope and realizes that even Sunaina has left the house. Krishna wonders where are Veer and Sunaina, and how can they leave her in such a tough time. Gajanan informs Krishna that Veer isn’t in the city. Shukla wants revenge on Veer for Radhe’s death.

Sunaina compels Veer to hide the truth. When Veer refuses to let Krishna bear the punishment of his crime, Sunaina decides to keep him captive further. She also tries to mislead Shukla in order to save her son. Shukla is well aware of the truth now and tricks Sunaina. He wants to make Veer’s life hell. He vents out his sorrow and pain over Radhe’s loss in his own way by heading to a temple and questioning his God. Shukla wants to settle scores with Veer and get justice for Radhe. He bails out Krishna just to reveal the truth to her, that Veer is Radhe’s killer. How will Krishna react to this shocking news? Keep reading.