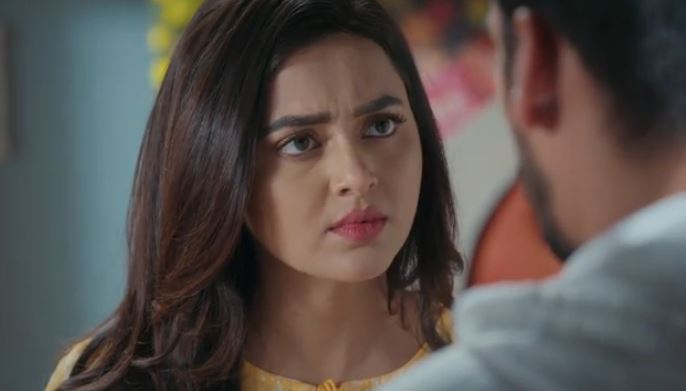 Silsilaa Love realization. Mishti tells Ruhaan that she was searching for a tool in his room. He knows that she is lying. He realizes that she is hiding the fact that she feels for him. He asks her to say the truth, so that she realizes this too. Mishti doesn’t tell him anything. She wants to know why she feels restless and wants to spend time with him. He is sure that she loves him and wants to hear it out from her. He wants Mishti to admit her feelings. He swears to stay back with her, if she admits her love. He also wants to admit his love for her, without giving her more tensions. They have a hearty talk.

She doesn’t want to admit her love, which is wrong as per her commitment to Veer. She feels bounded by her relation with Veer. Mishti loses focus while Ruhaan is around. He leaves for his work trip. Mishti gets missing Ruhaan. Radhika finds Mishti lost and asks her if she isn’t fine. She asks Mishti what’s the reason. Mishti tells her that she is all sound and fine. Radhika tells Arnav that Ruhaan has just left for work. Mishti gets irritated that Ruhaan left. Arnav asks Mishti about Ruhaan’s camera.

Mishti tells him that someone had kept it in her cupboard. Arnav lies to her that maybe Pari has kept it. Arnav also tells that maybe Ruhaan has kept the camera to fight with her. She tells him that Ruhaan didn’t create any issue. Arnav gets happy that he got saved. He rushes to meet Pari. He hears her plans with Ruhaan. He is depressed that Pari isn’t understanding his feelings. Pari wants to spend time with Ruhaan. Arnav tells her that Ruhaan left for his work. Pari tells him that she will call Ruhaan and plan a surprise. Arnav gets a greeting card, which falls from her shopping bag. She had bought it for Ruhaan.

Arnav keeps the card and hides it before she looks for it. Mishti gets occupied with Ruhaan’s thoughts. She gets avoiding Veer. She cancels their date and tells him that she wants to stay alone for some time. Veer wonders why does she sound weird. He gets worried for her and thinks to meet her. He feels Mishti has changed a lot, but he doesn’t know the reason for this. Mishti feels happy when she thinks of Ruhaan. Mishti and Ruhaan realize their love.