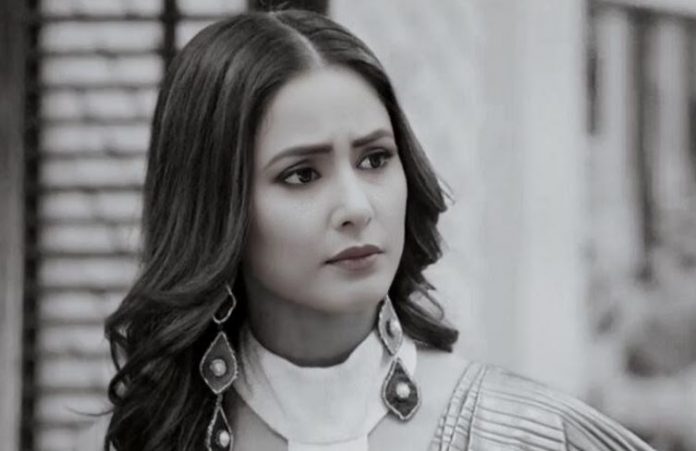 Kasautii Zindagi Komolika Past makes a troubling entry. Prerna returns to Basu house and shocks everyone. Anurag and Komolika want to know how did Prerna come home again. Mohini doesn’t want Prerna home. Komolika tells them that maybe Prerna has escaped from the jail and came home, but she will call the cops and get her arrested again. Prerna tells her that she has also used the money and power to get her freedom, like Komolika has used the contacts of her dad. Komolika asks Prerna did she sell the jewellery or house to get money. She makes fun of Prerna. Anurag doesn’t want Prerna to fall in trouble again. He wants her to go to her house after she gets freed from the court. He wonders why she skipped the hearing and how.

He tells Prerna that nobody in the world helps others without a selfish motive. He asks her what is she doing in his house and how did she get free. He asks who has helped her out. She tells him that the guy who helped her would be expecting something in return from her for his kind gesture. Anurag gets angry and shocked when she speaks of some guy. He wants to know who is the guy. He feels jealous and wants to check outside. He doesn’t see anyone there and asks Prerna who has helped her. Prerna calls him jealous and laughs. She tells them that Komolika and his enemy, Vikrant have helped her.

They get a huge shock on knowing about Vikrant. Prerna calls Vikrant and summons him home to introduce him to Anurag. Anurag meets Vikrant and scolds him. She tells Prerna that Vikrant is not a nice guy and she shouldn’t trust him. Prerna reminds Anurag his deceive and asks him not to judge others. She tells Anurag that she trusts Vikrant as Anurag trusts Komolika. Vikrant reminds the past to Komolika. She gets enraged to slap him. He stops her from doing this mistake. Vikrant tells Anurag that he won’t let her forget the past. He asks Prerna to come home with him for an important talk.

Prerna agrees to accompany him. Anurag feels worried for Prerna, knowing Vikrant isn’t a nice man. Prerna asks Anurag to recall his mistakes done in the past that he got enmity with Vikrant. She has no problem to take Vikrant’s help. Anurag asks her not to do this. She reprimands him for selling their love for the sake of business and money. She wants to know the reason for his big cheat. Anurag gets speechless with the new blame, but wants Prerna to hate him. He prefers to keep the misunderstanding. Vikrant is from Komolika’s past and wants to ruin her life with the help of Prerna.