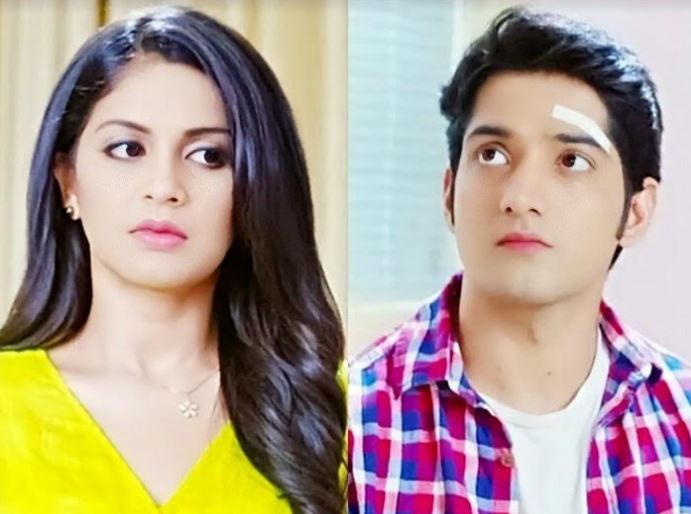 StarPlus Hit Spoilers Shockers Yh Rishte Hai Pyaar Ke: Meenakshi plays a drama in front of everyone. She acts very sweet and apologizes to Mishti and Kuhu. She accepts Mishti’s condition. Everyone gets happy that Meenakshi doesn’t have any objection. Abir tells them that Kunal and Mishti should know each other. Mishti gets delighted seeing Meenakshi’s good behavior. Kuhu tells them that Mishti made the video call and saved Ketki and same way, Meenakshi has made the video call today. Kuhu tells them that the credit goes to Mishti. Everyone thanks Mishti. They go home. Kuhu and Mishti have regular argument. Mishti misses Abir when Kuhu reminds her. They both get ready to meet Meenakshi and everyone when Kunal calls them home.

Meenakshi tells Parul that she needs time to break the alliance, she has accepted the condition just to buy some time. She wants to get Bahu of her choice. Parul gets surprised knowing Meenakshi’s real feelings. Abir plays guitar and pleases his Nanu. He misses Mishti. Nanu asks him to play the same guitar tune when Mishti and Kunal meet. Meenakshi breaks the Sitar strings in anger. She pledges to stop Mishti and Kuhu from entering the house. She stays angry seeing Mishti and Kuhu coming home. Abir meets Mishti.

Veer confesses love to Krishna and asks her if she doesn’t miss him, if she doesn’t long to meet him. He asks her to wish him on their anniversary. She tells him that she wants move on, she has forgotten him and doesn’t want to think of the past. She asks him not to create more troubles for her. She asks Veer to just leave from her life. He worriedly tells her that he will leave if she says she doesn’t love him. She tells him that she hates him. He tells her that this means that her hatred still has love for him. He is sure that she still loves him. Radhe makes an entry there and finds Veer troubling Krishna to hear her love confession.

Radhe attacks Veer and angrily shouts on him. Veer and Radhe have a fight, when Radhe reveals that he is Radhe. Veer gets a huge shock. Krishna calls the police there and gets Veer arrested. Bela overhears Krishna and Radhe’s conversation. She learns that their Radhe is back. She can’t believe this. She goes to inform the family about Radhe’s return. Krishna asks Veer to leave. Veer asks her why is the guy calling himself as Radhe. She doesn’t answer him. She doesn’t know the truth. Gajanan tells Krishna that Radhe is back. Krishna and Gajanan have an argument. Bela records their conversation to show the video to Shukla and family. Radhe is upset hearing Krishna’s criticism. Gajanan wants to take Radhe home. He asks Radhe if he knows Veer.

Radhe tells him that Veer has held Krishna’s hand, so he got angry and beaten up Veer. Krishna and Radhe get into a heated argument like always. Krishna scolds him for beating Veer. Krishna finds Radhe very much similar to her Radhe. Veer meets Nayani and Shashank. He tells them about Radhe’s return and asks them to find out the truth. Nayani tells Veer that Krishna always avoids them, Krishna won’t meet them. Veer asks her to do anything, but find about Radhe. Krishna is worried to introduce Radhe to Shukla family.