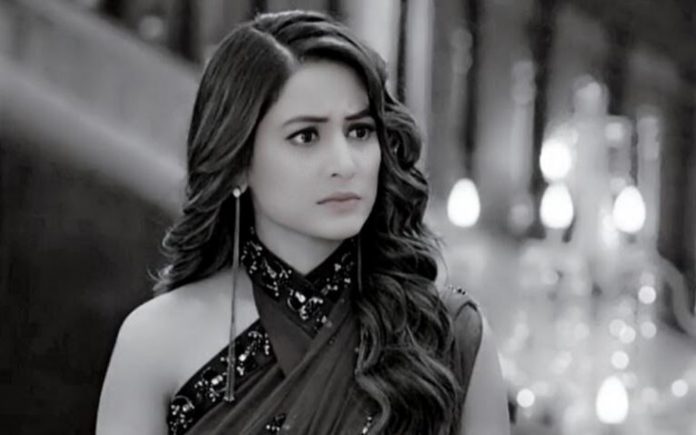 Kasauti Komolika turns wicked. Komolika takes a disguise of a doctor and reaches Moloy to kill him. She tricks Mohini and entire family. Prerna collides with Komolika. She doesn’t see Komolika. Moloy gets a shock on seeing Komolika as the doctor. Komolika doesn’t let anyone meet Moloy. Prerna and Mohini get into an argument, while Komolika threatens Moloy. He gets hyper and reacts on seeing her threatening further. She asks Moloy to just wink and answer him. She tells him that she will spare his life if he hides her truth. She doesn’t want him to accept Prerna as his Bahu. When he refuses to agree to her condition, she gets angry and reveals to him how she has married Anurag and turned him into a puppet. She tells about the favors her dad has made on Anurag.

She tells Moloy that none will believe him because of her good image. Anurag and Anupam reach the hospital to meet Moloy. Mohini confronts Anurag for hiding about the planned accident. Anurag tells her that he just wanted to secure Moloy and had hidden this shocking news from them. Prerna and Anurag get into an argument. He learns about a lady doctor attending Moloy and rushes to know who is she. He suspects the doctor. Prerna confronts him for hiding about Rajesh’s murder. He tells her that he wants to check on Moloy first and then he will talk to her.

She demands him to answer her questions first. She has lost Rajesh in the accident. He wants to know who is the culprit. He shouts out his love to Prerna and tells her that he is helpless to stay with Komolika.

She feels he is helpless for the sake of money and power. He tells her that his life is complicated and he will explain her everything later. He asks her to keep faith in him and rushes to meet the doctor. Prerna gets confused by his love. Police reaches to take Moloy’s statement. Anurag and doctor stop the inspector from troubling Moloy. Inspector explains Anurag that he can catch the culprit and protect Moloy’s life by taking his statement. Doctor asks Anurag to let the police meet Moloy. Anurag agrees for the sake of catching the culprit.

Prerna faces Mohini’s wrath. Mohini blames Prerna for all the troubles. She reminds Prerna about Anurag and Moloy’s accident which happened because of her. Prerna is also in shock when Mohini accuses her. Komolika tries to threaten Moloy and change his mind. She compels him to not reveal his truth. Mohini doesn’t permit Prerna to meet Moloy. She keeps a big condition in front of Prerna. Komolika hides from Prerna when the latter barges in to meet Moloy. Will Moloy expose Komolika’s truth? Keep reading.