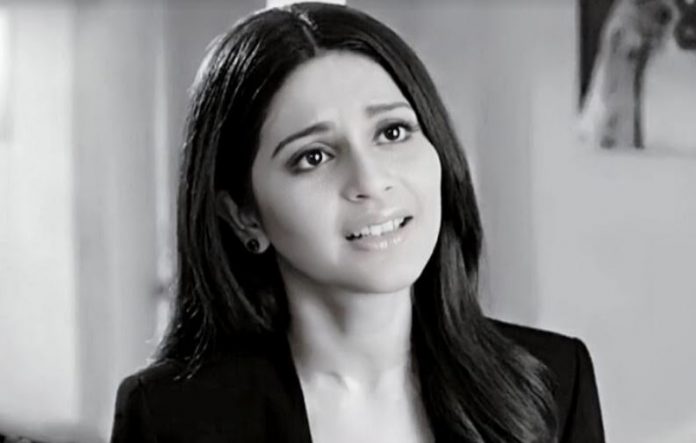 Ye Rishte Krishna Chali London Meenakshi wants to spoil Mishti and Kunal’s date. She just wants to break the alliance and save her son from a wrong girl. Meenakshi plans and asks Parul to steal Abir’s wallet so that she can call up Kunal for this. She wants Kunal to come back home to pick Kunal’s wallet. Parul agrees to Meenakshi. She likes Mishti and wishes that Meenakshi understands Mishti. Parul goes to take Abir’s wallet to execute Meenakshi’s plan. Abir and Kunal leave with Ketki. Abir and Ketki want to bring Kunal and Mishti closer. Kuhu and Mishti get into an usual argument. Mishti asks Kuhu to accompany her. Kuhu asks Mishti not to get decked up to meet Kunal.

Abir teases Kunal about Uma booking the hotel reservation. He asks Kunal why does he bring Uma in between the alliance, its better if Uma sits in his place in the mandap for the marriage. He asks Kunal to understand that assistant can’t do all the possible important things of his life. He wants Kunal to get ready and look super cool. He asks Kunal to give some time to Mishti. Kunal understands Abir’s advice. He goes and picks Mishti. He gets more interested in talking to Kuhu. Kunal and Mishti leave in their car, while Abir picks Kuhu. Kuhu cheers up Ketki. Ketki is happy to find a good friend in Kuhu. Kunal tries to bond with Mishti. He appears more formal.

Meenakshi calls Kunal and asks him to come home to pick Abir’s wallet. Mishti tells Kunal that Abir can pick his wallet too. Mishti misses Abir. A speeding car passes when Abir and Kunal stop their cars for a while. Some goons kidnap Ketki. Abir and Kunal get a huge shock knowing Ved has kidnapped Ketki. Ved meets Ketki and apologizes to her. He tells her that he wants to marry her. Mishti scolds him for troubling Ketki as a stalker. She calls the police there. Abir and Kunal bash up Ved and save their sister. Mishti tells the inspector that Abir is innocent, Ved is wrong since he had kidnapped Abir’s sister Ketki. Abir finds Mishti much concerned for him and gets glad.

Krishna Chali London:
Krishna tells Gajanan that Radhe isn’t their Radhe. She gets compelled by Radhe to accompany him home. Krishna wants to find out the truth and know how is Radhe resembling her Radhe. She thinks if someone is behind this conspiracy and planted him for a purpose. She suspects Shukla and Sunaina. Krishna tells Radhe that she can’t accompany him to Shukla house since she has to go to hospital every day. She asks him to go with his family and stay happy. Shukla family take Radhe home and welcome him well by all the rituals of homecoming. Shuklain loves Radhe like before. She feeds the grand feast to the neighbor ladies to celebrate her son’s return.

Sunaina barges there in anger and scolds them for the conspiracy against Veer. She asks Shukla to get Veer freed, since Radhe is very much alive. Shukla tells her that he doesn’t accept Radhe as his son Radhe and Veer is paying for his crime. Sunaina tells Shukla that she can see how they have accepted Radhe and now Veer has to get out of prison. She threatens them for dragging them to the court if they don’t fulfill their wish. Sunaina tells Shukla that she will prove that Radhe was alive and hidden for five years, and Shuka used his death just to trap Veer for his revenge. She vents anger on Shukla. She wants her son Veer to get freed from the prison. Everyone is worried by Sunaina’s warnings. Sunaina wants to ruin their family peace and happiness if Shukla doesn’t help Veer.

Radhe is worried seeing the fights. He shouts that he won’t stay with them and want to go to Krishna. He goes to jump in the pool. Gajanan stops Radhe. Shuklain gets a push by Radhe. Shukla slaps Radhe and asks him to get lost. Radhe asks him how can he beat him when he is his favorite son. Shukla wonders how does Radhe know about the old moments. He also gets puzzled. Shukla is worried and wants to know how did Radhe’s return get possible. Krishna meets Sunaina, who urges for helping Veer come out of the prison. Krishna doesn’t think Radhe is real and feels Veer is undergoing punishment for his crime. Radhe meets her and asks her to stay with him, being his wife. When she refuses, he jumps over her car, just like the past incident. Krishna gets a big shock seeing Radhe’s same behavior.