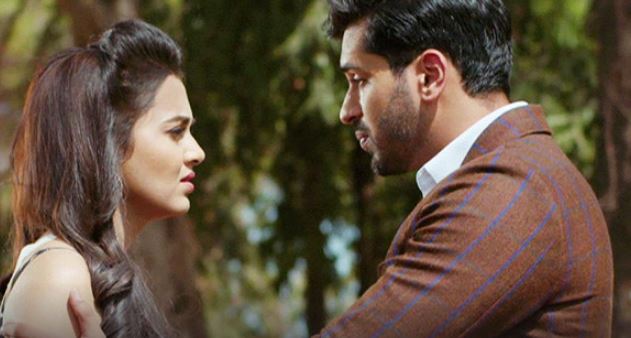 Silsila Mishti calls off her relationship. Ruhaan gets thinking of Mishti and loses his control on his thoughts. He gets into an argument on the road side because of his careless driving. Veer meets Mishti. She tells him that she wants to talk to him about her big decision. Veer doesn’t expect that she is going to break up with him. Pari cherishes her childhood moments with her parents. She badly misses Kunal and Mauli. She just has Mishti with her. She can never hurt Mishti. She can’t think of giving any tensions to Mishti. Radhika finds Pari and Mishti’s childhood picture and blesses them. She doesn’t want them to get any troubles for them. She is protective for them.

She wants Mishti and Veer to get married soon. Pari wants Mishti to just follow her heart and refuse for marriage if she wants. Radhika feels Pari and Mishti love each other a lot and will always lend support. Radhika wants Pari to always stand by Mishti. Mishti breaks the shocking news to Veer that she doesn’t want to marry him. He can’t believe what he heard. He asks her what is she thinking that she is refusing. She apologizes to him and tells him that they have no love in between them. He asks her why did she get engaged to him if she wanted to refuse for marriage. She feels they have lack of love.

She tells Veer that she has realized true love, she never loved him and doesn’t want to ruin his love. Mishti doesn’t want to cheat him. Veer shatters with her refusal. She tells him that she respects him and is grateful for all his support. She wants to tell him who came between them. Veer gets disappointed and doesn’t want to hear anything more from her. He tells her that he loved her and will always do. Mishti doesn’t want Veer to get heartbroken. Mishti wants to tell him the entire truth about Ruhaan and her. She is sure that he will understand her. She wishes that Veer forgives Ruhaan and her.

Radhika worries when Veer’s mum calls up. They discuss the marriage preparations. Mishti misses Ruhaan. She imagines him. She yearns to meet him. She buys flowers for him with a hope that they will unite. She breaks up with Veer and feels Ruhaan has been a solution for all the problems. Mishti meets Ruhaan to confess her love.