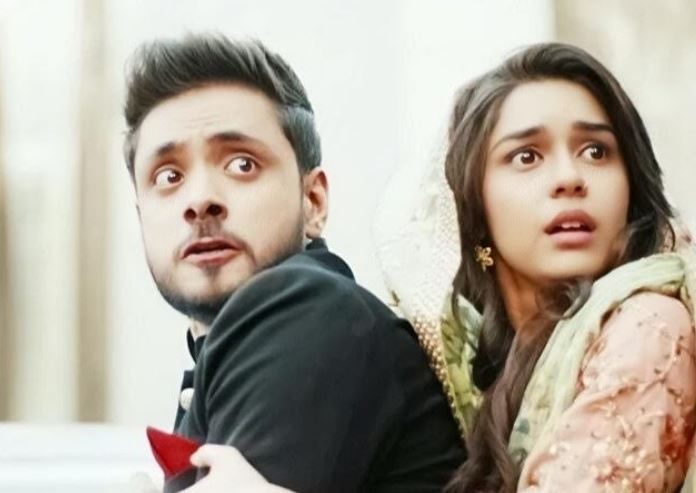 Isshq SubhanAllah Shakti Raja: Zara and Kabeer love each other a lot, but are helpless to stay away. The fate brings them together again and again. Zara makes Kabeer prepare the food for the feast so that they get forgiven by their Lord. Zara had broken the oath that she won’t go to Shariah board. She had to go there again. She tells Kabeer that she has done a mistake but now she has kept this feast to rectify her mistake. Kabeer gets worried when her hand gets a little burn. He asks her to sit back while he will prepare the food.

He shouts on her and she finds his love in his anger again. They both spend time together and have cute moments forming between them. Zara’s family is happy to see Kabeer back with her. They wish that Kabeer and Zara become inseparable again. Kabeer and Zara make the food together and feed the poor people, hoping that their mistakes get forgiven.

Ek Thi Rani Ek Tha Ravan: Rivaaj plans to kill Raghav again and throws a big stone on him while he is sitting on his wheelchair. Raghav falls in the pond. Rani jumps in the pond and saves Raghav. Rivaaj gets upset and makes another plan. Meanwhile, Rukmani finds out about Rani’s truth when the latter’s make up washes away in the Pond water. She confronts her for betraying and lying big to the family. Rani tells her that she is helpless to lie for Raghav’s life and reminds her that she never lied in her childhood.

Rukmani decides to keep Rani’s secret until Raghav gets fine and tells them about their marriage secret. Later, Rani goes to meet Dr. Sehgal and Rivaaj follows her secretly. Rani sees him there and hides in the room. She sees Anjali, Rivaaj’s former fiance there and gets shocked to see her alive.

Raja Beta: Purva’s accusations and hatred shock Vedant. Ramesh and Pankhudi are happy. Purva wants to expose Ramesh and wants him to confess his crimes. Gomti tells Ramesh that Purva wants to say something. Ramesh asks what did the maharani want from us. Purva comes there and says she needs help from him. She says you have known that my marriage was forcibly done without my consent. She says first she thought that her husband must be understanding and clever in this madhouse, but now even he turned out to be cheap, so she needs a divorce from Vedant. Ramesh gets thinking and agrees to help her.

Shakti: Harak Singh shouts at Soumya for taking Sindhu’s life biggest decision without their knowledge. He asks why did she decide on their behalf. Preeto says elders are here to decide, you people don’t have the right to interfere in the matters. She asks why did you go there? Harak Singh says a decision is taken consulting the family members and asks what will he reply to the guests and the baraat. Shanno cries and says you have ruined my daughter’s life. She blames Soumya for ruining Sindhu’s life. Veeran is also upset and regrets to support Soumya. Harman thinks Soumya has done right, but can’t lower everyone’s anger.