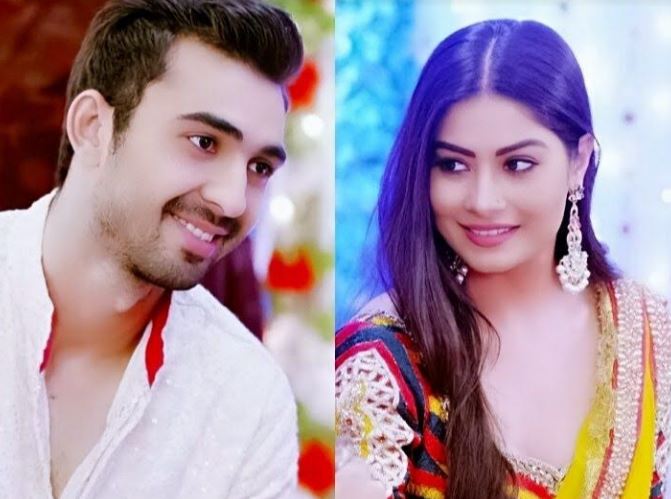 Yeh Hai Mohabbatein Aaliyas extreme step turns shocking for Bhallas and Iyers. Rohan accepts the death since he gets cheated by Sahil once again. Sahil makes sure that Rohan dies so that Bhallas get a lesson for cheating him. Raman swears to not leave Sahil, after the heinous crime committed in front of them. Aaliya learns about Rohan’s death and can’t stop herself. She doesn’t think of Yug and breaks the ghatbandhan to rush out. She leaves Yug in the mandap. She rushes to see Rohan and leaves from the wedding venue.

She hears Rohan’s death news and receives a big shock. She regrets for her decision and feels guilty. Everyone is in shock regarding Rohan’s untimely death. Rohan has made a big sacrifice for the Bhallas. Raman and Ishita apologize to Karan for failing to save Rohan. Karan runs to the cliff area to see Rohan, but finds no remains of him. He fears to break this shocking news to Sudha, who is already suffering from a weak heart.

Kasauti Komolika lands behind bars:
Komolika gets exposed by Prerna’s plan. Prerna makes Komolika accept all her crimes by laying a clever trap. She provokes Komolika by challenging her. Komolika learns that Prerna knows her truth. She warns Prerna to leave from the house, else she will kill her. She accepts that she has plotted Vikrant and Moloy’s accident.

She tells Prerna that Moloy learnt her truth and didn’t wish to support her, she was helpless to get him killed, but sadly Rajesh got killed in the accident. She has no regrets about her crimes. Prerna exposes Komolika to Basu family. Mohini can’t believe that Komolika has been so evil. She slaps Komolika and calls the police to get her arrested. Komolika doesn’t lose and plans a bigger revenge for her humiliation.

Sufiyana Pyaar Mera: Hamza shocking denial for Kainat: Hamza refuses to get engaged to Kainat. Dadi scolds him and asks him the reason for his refusal. She asks Hamza why is he refusing when he loves Kainat so much. Hamza tells Dadi that there is a reason which he can’t reveal to anyone. He loves Kainat unconditionally and fears that she will commit suicide if they get engaged.

He knows that Kainat doesn’t want to marry him. He doesn’t want to force his love on Kainat. He accepts her refusal with all his heart. Zaroon meets Hamza and asks him why didn’t he come for the engagement. He asks Hamza to wear the sherwani fast and get ready. Hamza refuses to go anywhere. Zaroon gets a shocker when Hamza denies for the engagement. This was least expected from Hamza. Zaroon tries to know why is Hamza so scared to reveal the matter.