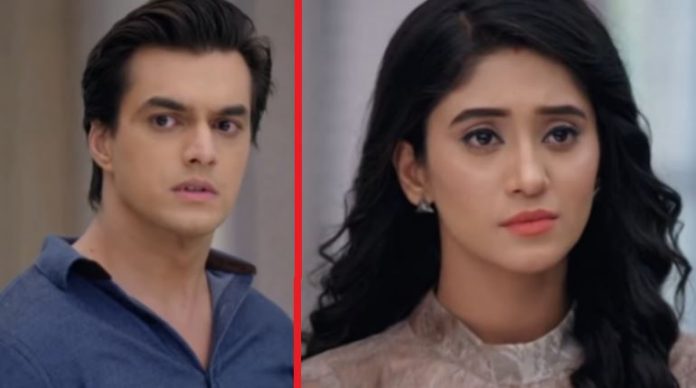 Yeh Rishta Shocking Upcoming Dadi gets much upset because of Naira. She doesn’t know why Naira is so stubborn. Krish asks everyone to write their wishes on their chits and put in Krish’s cradle so that she can make Krish keep the chits in the temple. Kartik writes his wish that his company recovers from the losses. Naira writes her wish that Kartik’s misunderstanding ends soon. Everyone writes their wishes and plays the rituals. After the function, everyone comes back home. Naira plans a romantic surprise for Kartik. He gets delighted seeing the surprise. She hugs him and tells him that she loves him a lot. He is still upset about Mihir.

She asks him why is he not responding to her. He tells her that he has taken medicines and feeling sleepy. He asks her to sleep now, they have much work on the next day. She knows he is still annoyed. She wants to convince him some way. Kartik receives a shocking call, which ends his peace. On the other hand, Naksh tells Kirti that he is buying a new car for her. She teases him and asks him if he is buying a car for Krish. They have a moment of fun and laughter. Akhilesh vents anger on the security official, who has taken much money and didn’t provide any security.

Goenkas learn about the jewellery robbed by someone. Kartik feels finished. Manish too shatters with this new problem. Dadi asks Suwarna to take care of Manish’s health. Dadi asks Kartik to manage the problem. Akhilesh tells Manish that he had trusted the security company. Samarth calls his friend to get help from the police. Naira avoids Mihir’s calls. Kartik explains Naira that she shouldn’t share this matter with Mihir. Dadi asks Naira to remember that she is Kartik’s wife, not Mihir’s employee at home. Kartik asks Akhilesh to get the CCTV footage of the van loading.

He tells them that they should better track the security van, so that they can find the jewellery. Kartik gets accompanied by Naira. Gayu informs Naksh about the big robbery. Naksh and family worry for Singhanias and lend help. Kartik gets angered when Karan calls him and taunts him for not providing the jewellery on time. Karan asks Kartik if the jewellery wasn’t ready and if Kartik found this way of drama. He threatens Kartik of taking his money back. Kartik loses courage and tells Naira that they have to get the jewellery at any cost. Naira gives him strength and assurance.

Suwarna and Surekha also try to use their contacts and gain help. Samarth learns about a security van’s accident. He informs Kartik and Naira, and asks them to head to the place to find out. Kartik and Naira see their security van and rush to find police there. They learn that the people inside were hurt and sent to the hospital.

They find the jewellery boxes missing. Kartik receives a big shock that everything is robbed. He can’t believe the bad fate. Kartik and Naira return home and tell the family that the jewellery is robbed. Dadi cries for the sorrow and wishes that her family stays fine.

Naira attends Bhabhimaa’s call, while Dadi is mistaken that Naira is talking to Mihir. Akhilesh gets a call and learns that Mihir has already provided the jewellery to Jadejas. Jadejas want money back from Goenkas and threaten of dire consequences. Manish worries further. Kartik suspects if Mihir has stolen the jewellery to ruin them. Dadi gets blaming Naira for this. Manish asks Dadi not to drag Naira into this, Mihir is a big designer and he can’t do this, Naira just works for Mihir. He asks the family not to doubt Mihir.

Samarth and Akhilesh suspect Mihir and tell Kartik to find out if Mihir is behind this. Kartik gets confused. They think if Mihir has used Naira against them. Kartik vents out his anger and cries that his business is finished. He angrily insults Naira and asks her to continue working with their rival Mihir.