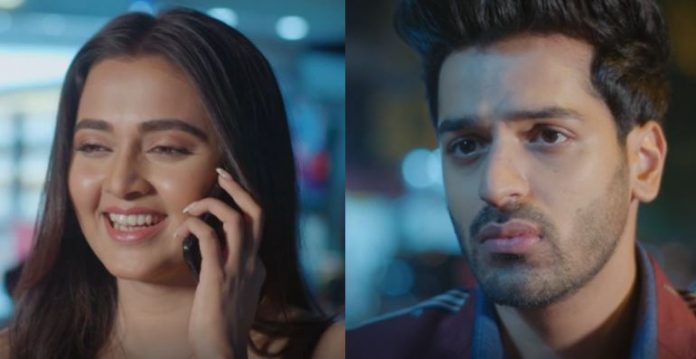 Voot Silsila Upcoming Today. Mishti happily buys a gift for Ruhaan so that she can gift him in the celebration party of his success. She longs to meet him. Arnav asks her to meet him for a get together. Mishti laughs hearing Arnav’s talks. Veer finds Mishti very happy and thinks she has easily moved on in her life. He thinks he has lost his happiness since she left him, but she has found her happiness after their break up. He wonders if she has no pity for him after breaking their relationship. He gets angered seeing Mishti’s indifference. Mishti tells Arnav that she has to meet someone and she is busy. Arnav insists her to call Pari as well. He asks her if she will come if Ruhaan comes to his house.

He thinks Mishti and Ruhaan still have problems. He tells her that Ruhaan had come to office to meet Veer and might go to meet Veer at the club tonight. Mishti thinks to meet Veer as well. She wants to face Veer’s anger, since she is at fault. She doesn’t want Ruhaan to break their relation’s truth to Veer all alone. Veer gets sunken in sorrow and drinks. He avoids the calls from Ruhaan. Mishti wants to stop Ruhaan from facing the wrath alone.

She meets Ruhaan and tells her that she wants to be with him when they break the truth to Veer. He doesn’t want her to get insulted by Veer. He tells her that he has no idea how Veer will react. She wants to take responsibility of breaking Veer’s heart. They head on to meet Veer and find him ruining his life with alcohol. Veer dances with some girls in drunken state. This gets shocking for Mishti, since she hasn’t seen such side of Veer before. She doesn’t want to explain anything to Veer. Pari meets Arnav at his house for the get together. They have a moment.

Arnav expects more guests to have a good time after long. Taani objects to Pari’s friendship with Arnav. She feels Pari is taking advantage of Arnav. Mishti feels guilty over Veer’s condition. Ruhaan asks her not to blame herself, since she has actually saved Veer’s life from long time troubles. Ruhaan confesses love to Mishti. They learn about Veer’s shocking arrest.