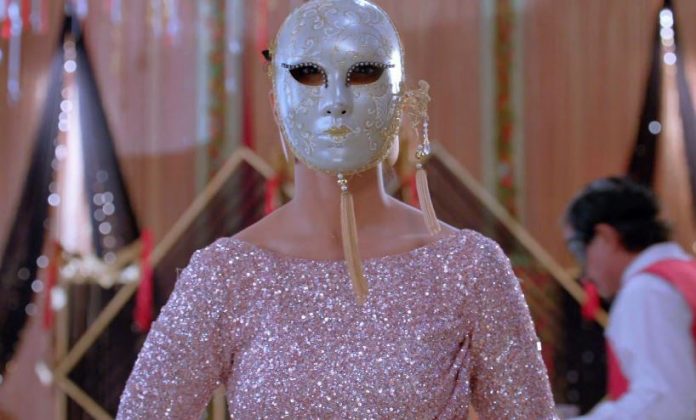 Star Plus Kasauti Zindagii Kay: Komolika plans a big revenge on Anurag and Prerna. Anurag and Prerna have many moments of love. This angers Mohini, who doesn’t want Anurag and Prerna to resume their married life. Prerna takes care of Moloy. She wishes that Moloy gets completely fine soon. Anurag and Prerna get into a cute argument. They fall down and come closer. Mohini gets irked by seeing their close proximity. Mohini dislikes Prerna. She feels Prerna belongs to middle-class and nowhere fits in their family. Mohini still holds the same mentality regarding Sharma family. Mohini worries that Anurag is falling in wrong relationship again. The family prepares for the party to celebrate the birthday event of Sahil’s mother.

Komolika is shifted to another jail. Komolika gets threatened by inspector. She doesn’t deter in her plans and challenges the inspector that none can keep her caged. Komolika wants to settle scores with Basus. Anurag and Prerna welcome Sahil’s family in the party. Tapur is happy to give a surprise to her in-laws. She is thankful to Prerna for the wonderful preparations. Komolika escapes from the police custody by shooting at them. She flees in the police van to reach Basu house. Anurag and Prerna enjoy the party. Manager tells them about Mr. Bajaj, whose picture isn’t much clear. Manager assures them that he will get the picture cleared by the experts by next day.

Prerna wants to know who is trying to take over Anurag’s business. Komolika changes her vehicle to reach Basu house. Anupam and Nivedita are happy to see Anurag and Prerna’s romance. They bring the couple more closer. Komolika reaches the party and gets angered seeing Anurag and Prerna’s romance. She wears a mask and hides her identity. She follows Prerna to take her revenge and kill her. Anurag will be saving Prerna’s life from Komolika.

Yeh Rishte Hai Pyaar Ke: Kunal breaks the news to the family that Mishti has undergone the surgery. He apologizes to everyone that he didn’t take their consent and took Mishti for the surgery. Mishti clears his confusion and tells him that she didn’t get the surgery done, since her heart didn’t give the consent. She tells them that she is still the same, the spectacles complete her since she is wearing spectacles since teenage years. She tells how Vishwamber has made her get rid of unwanted attention and become confident in life. Mishti is happy the way she looks.

Abir gets Mishti’s glasses. He feels maybe Mishti need the glasses now. He doesn’t want to meet her. Nanu insists him to meet Mishti once. Mishti tells Kunal that the spectacles complete her personality and she doesn’t want to change herself for anyone. Kunal gets a big shock knowing she has gone against him and followed her own heart. Mishti justifies her decision. She tells Kunal that she knows to face her fears and is proud of herself.

She asks Kunal not to be embarrassed by her look. Abir gets happy knowing Mishti didn’t change and took a stand for himself. Kunal leaves from Mishti’s house. Mishti stops Kunal and tells him that she didn’t wish to get the surgery done, but didn’t intend to hurt him. Kunal tells Mishti that she is manipulating Abir and Meenakshi. Kunal gets angered and asks Mishti to let him know if she is still interested in getting engaged to him. He wants to choose between herself or him. He taunts Mishti for not mending herself for the sake of her life partner. On the other hand, Meenakshi tells Mishti’s family that they will always support Mishti like they supported before. Abir defends Mishti.

He stops Meenakshi from passing insulting remarks towards Mishti. Kuhu rushes to Kunal to pacify him. Kunal gets angry on her for leaving the job and passing time on the name of their friendship. He vents our anger on Kuhu. He fires her from the job. Kuhu doesn’t understand why is Kunal making it a big issue. She gets angry and blames Mishti for her problems. Abir thinks of Mishti. Nanu tells Abir that Mishti is still the same girl whom he loved. He asks Abir to marry Mishti and stop Mishti’s engagement with Kunal.