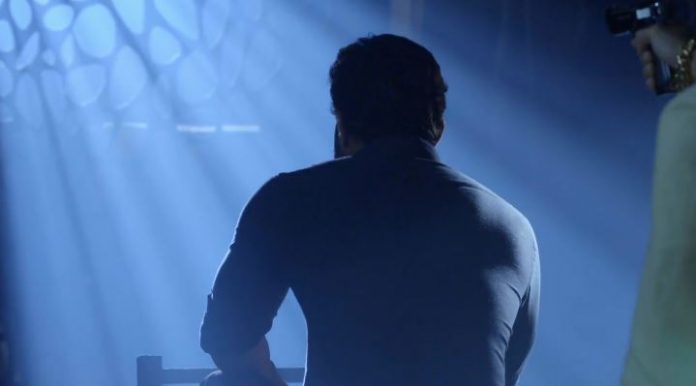 Yeh Hai Mohabbatein Alert Shocking Karan informs Raman that Sahil has got trapped in their plans. Raman asks Vishal to promise him and surrender to law for the accidental murder. Vishal doesn’t want to ruin his life by getting arrested. He wants to run away from the police. Raman and Ishita ask him to not worry, he didn’t do any serious crime, Muskaan was already a criminal and paid for her crimes. She asks Vishal to accept the crime and get released after a short period of struggle, so that he can lead a good life with his family. Naveen feels sorry that he has ruined Vishal’s life. Vishal wants to protect Naveen.

Vishal agrees with Raman and Ishita, when they guarantee to save Naveen from Sahil’s wrath. Karan senses that Sahil’s men are following him. He bashes up Sahil’s aide. Raman and Ishita plan to trap Sahil in a way that he doesn’t understand it. Ishita believes in Raman’s confident plan. She expresses her love for Raman. Karan confronts Sahil for sending his aide behind him and not believing him. He tells Sahil that he can exact revenge on Bhallas any way, if there is no trust in their partnership, then its better to end it. Sahil agrees to not send his spies after Karan. He warns Karan against cheating him.

Ishita starts his planning to that Sahil gets tricked. She covers up for her absence for a long time. Karan vents anger on Bhallas and gets into a heated argument with Ruhi. Sahil is happy that Rohan’s death is benefiting him. Ruhi asks Karan to keep his manners before his family. Sahil gets fooled by their drama. He wants to know who has killed Muskaan. Bala asks Karan not to leave the house and come back with him. Karan tells Bala that he is frustrated over Rohan’s death. He feels shattered and weak because of Bhallas, who snatched everything from his family. Bala asks Karan not to blame Raman and Ishita for everything.

Karan wants to take his revenge on Sahil in reality and poses as if he is taking revenge on Bhallas. Iyers worry seeing Karan’s hatred for Bhallas. Sahil asks his men to keep an eye on Karan, Iyers and Bhallas. Karan returns to Iyers and waits for the right time to execute his next plan. Raman burns Vishal’s blood stained shirt. Karan acts to get the evidence for Sahil. Raman wants Karan to get into Sahil’s faithful team. Sahil gets the importance evidence related to Muskaan’s murder. He wants to reach the culprit soon.

Raman meets Karan and gets into a fake ugly argument with him. Ruhi asks Karan to vent anger on Sahil, who had killed Rohan. She asks him why is he losing his mind and getting after her parents. Simmi asks Ruhi to understand Karan’s trauma and forgive him. Yug learns about Karan creating issues at home every day. Yug tells Ruhi that he will talk to Karan. Ruhi doesn’t know why Karan is behaving so weird suddenly. Yug feels Karan isn’t able to cope up with Rohan’s loss. He diverts Ruhi by the project talk so that she doesn’t stay upset.

Sahil vows to take revenge on Muskaan’s murderer. He anxiously waits for the lab test reports. He learns that the cloth had stains of Muskaan’s blood. He meets Raman and threatens him of dire consequences, post his huge crime confession. Raman finally traps Sahil in his plans. Sahil gets fooled big time and confesses all his plans to threaten Ishita by putting Ruhi in grave danger. Sahil admits his crimes to build up pressure on Raman to know the murderer’s name. Raman covers up for Vishal and challenges Sahil to do anything he wants. He provokes Sahil further so that Sahil commits another mistake which lands him in jail.