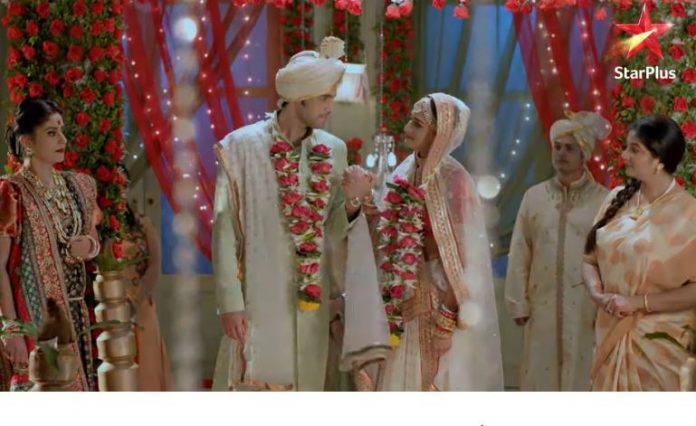 Anurag Prernas Kasauti Ronit kidnaps Prerna to torture her. He wants to challenge Anurag if he can save Prerna. He calls up Anurag by keeping his identity a secret. He asks Anurag not to waste time and save his Prerna. Anurag gets Anupam with him and goes to find Prerna. Ronit jokes on Prerna’s helplessness. She tells him that Anurag will not spare him when he catches him. Ronit slaps Prerna and asks her not to praise his enemy. He hates Anurag and Prerna. She tells Ronit that Anurag will break his hand and take revenge for this slap. Ronit asks his goons to stop Anurag from reaching them. Anurag seeks help from the police. The goon also plans to create hurdles for Anurag.

Anurag leaves his car and rushes to save Prerna. She tries to run away. She gets caught by the goons again. The goon mislead the police and try to frame Anurag in the minor accident case. Anurag tells the cops that he is innocent. He gets to see Prerna taken in the car. Anurag runs after the car. He shouts to Prerna. He tells Prerna that he is coming to save her. Anurag meets Nivedita, who tells him that she hasn’t seen the kidnapping, but learnt this shocking thing. Anurag cries that he couldn’t save Prerna.

She encourages him to find Prerna and save her, rather than losing hope. The cops assure Anurag that they will find Prerna. Ronit threatens to kill Prerna. She isn’t scared of him. She tells him that Anurag will track her soon. She tells Ronit that he will be landing in jail soon. Prerna doesn’t deter by the tortures. Ronit tells her that he will kill the same way as she killed Komolika. Ronit goes to meet Shivani and threaten her. He openly challenges her to find Prerna. Anurag learns that its Ronit who kidnapped Prerna. He reaches the godown by tracking Ronit. He tries to save Prerna. He gets attacked by the goons and falls unconscious.