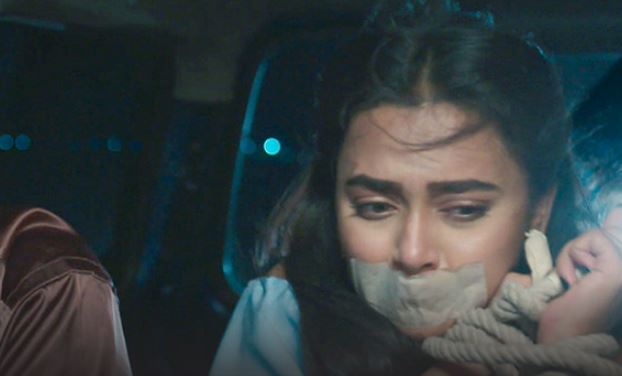 Mishti Kidnapping Twist Silsila Veer gets close to know about Ruhaan. He misses to spot Mishti and Ruhaan. He gets restless to find out the truth. Radhika tells Sukamani that Pari is in love with Ruhaan. She is happy. Veer learns that his new alliance also broke. He turns angry and breaks the neighbor’s car, knowing the neighbor lady has spread wrong rumors about him. Sukamani asks Radhika if Pari told about her love and confirmed it. Radhika tells her that she will better ask Mishti about it. Sukamani knows Pari loves Ruhaan, but doesn’t know if Ruhaan loves Pari or not. Mishti gets a feeling that something wrong is about to happen. Ruhaan assures her that nothing will go wrong. They arrive to meet Veer and find him too angry.

Ruhaan stops Veer from his madness that can land him in jail. He asks Mishti not to come to meet Veer at this time. Ruhaan takes Veer with him. The neighbor lady wants to know who has damaged her car. She doesn’t want to spare the culprit. Mishti feels bad. She wants to save Veer. Veer’s mum tells Ruhaan that Mishti has ruined Veer’s life. Mishti takes the blame of the car damage and pays for the loss. The neighbor lady keeps Mishti’s car as the deposit until she pays the money. Ruhaan wants Veer to speak out his feelings. Veer doesn’t want to share his feelings. He asks them to leave him alone. Mishti pays the money to the neighbor lady, who insults her and blames Veer. She lies to Mishti that Veer has humiliated Mishti and broke up with her.

Mishti gets hurt. Mishti feels she has pushed Veer to this extent. She really blames herself for the situation. Mishti tells Ruhaan about her work. Ruhaan drops her for the event preparations. He tells her that he will always be with her. Mishti shockingly gets kidnapped. Ruhaan doesn’t go far and sights the kidnapping. He follows the goons to find Mishti. Ruhaan madly searches for her. The goons manage to trick him and take Mishti away to an isolated place.

Ruhaan tries hard to track their car. He doesn’t find them anywhere. Mishti fails to make herself heard by Ruhaan. He sinks in tears of sorrow and fears to lose her forever. Ruhaan reaches the same place where his heart brings him. He looks for Mishti. The goons threaten of killing Mishti. Ruhaan wants Mishti to give him some sign of her presence. He senses she is close and desperately searches for her. Will Ruhaan be able to save Mishti? Keep reading.