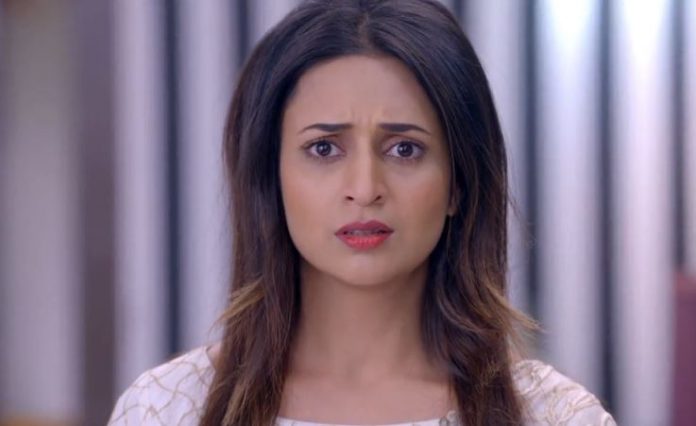 Preview Yeh Hai Mohabbatein Yug gets worried for Vishal and asks Ranbir to check on him. Ranbir visits Vishal. He knocks the door and asks Vishal to open the door. He worries when Vishal doesn’t open the door. Vishal is depressed. Ranbir knows that Vishal will answer him if he takes Naveen’s name. He shouts to Vishal that he has come to inform him about Naveen, who is in the rehab centre. Naveen’s name makes Vishal emotional. He opens the door and meets Ranbir, Ranbir tells Vishal that he was worried for him and lied about Naveen. Vishal was committing a suicide. Ranbir finds the poison and asks Vishal about it. Vishal apologizes for falling weak. Ranbir asks him not to commit any such big mistake. On the other hand, Aaliya slaps Neha in a fit of rage.

She asks Neha why is she telling all this after a long time. Neha tells Aaliya that it was Yug’s plan to fake his marriage with Aaliya and run away with Bhallas’ money. She lies about Yug. Aaliya gets angry and doesn’t believe Neha. Yug tells the family that Neha is lying. He explains that Neha is making this story. Ishita doesn’t believe Yug. She feels Neha is right as she holds the evidence. Yug asks Ishita to trust him. He calls his friends to get help. Ranbir explains Vishal that suicide isn’t any solution to his problems. Yug asks his friends to come home soon. Raman comes home to meet Ishita and tell his next plan.

Commissioner asks Raman to send Ishita as Shaina and start the plan the same day. Raman explains the plan to Ishita. She calls Sahil’s lawyer and asks him to leave the city. She threatens him as Shaina. Raman likes Ishita’s convincing act. He compliments Ishita for her acting. Yug asks his friends to identify Neha as his wife. They don’t know Neha and ask Yug what’s this nonsense. Neha shows their picture as well. They deny to know her and tell them that Neha is lying for a purpose. They tell Bhallas that Yug has fallen in love with Aaliya and wants to marry her. Yug tries to throw out Neha from the house. Ishita tells Yug that Neha will stay with them. She slaps Yug in anger. She wants to know the truth. Simmi and Mihika doubt Neha.

They want to support Yug. Mani tells Ishita that she did a big mistake by believing Neha. Ishita tells Mani that she trusts Yug, Neha wants to ruin Yug and now she will expose Neha. Mani gets relieved that Ishita didn’t lose faith on Yug. Ishita prepares herself to get into Shaina’s shoes. She tells Raman that she is ready to enter Sahil’s business network to find the real Shaina Shah and prove her innocence.