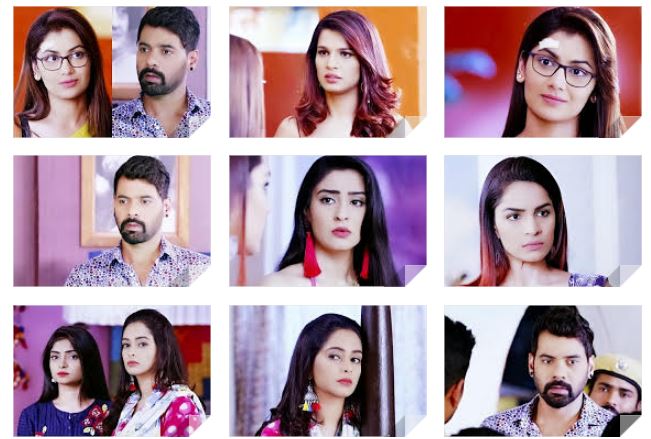 Zee Spoilers Today Upcoming Tujhse Hai Raabta Atharv threatens Kalyani badly and asks her to wear the dress brought by her else Anupriya will suffer. Kalyani wears a revealing dress and comes to the party hall. Malhar senses her uncomfortable. Atharv sees Kalyani and tells that she has come. He says he knows that she will look beautiful in the dress given by him. Malhar gets angry on Atharv and pushes the table towards him. Atharv thinks his idea worked to provoke Malhar and make him angry. He thinks it will be fun now. Kalyani is worried for Anupriya as the latter is tormented at the hands of Atharv. Malhar bears insult and stays at the party for Kalyani. Atharv insults Malhar claiming Kalyani to be his.

Kumkum Bhagya: Abhi comes to Pragya’s house to meet Prachi’s mum. Pragya is alone at home and mistaken him to be a thief. She closes the door before he could see her. Abhi spots thief in her house. Ranbir makes arrangements to propose Rhea and asks Aryan to give him a guitar. Aryan brings the guitar and gives to Ranbir. Ranbir asks him to say all the best and leave. Aryan leaves.

Ranbir sees Rhea coming and bends down confessing his love. Prachi comes there and is surprised to see him confessing love to her and saying I love you. Ranbir opens his eyes and sees Prachi in front of him. He thinks why Prachi always comes in front of him whenever he wants to propose Rhea. Later, Ranbir saves Rhea as she gets scared. Rhea hugs him and thanks him. Prachi sees Rhea hugging Ranbir and mistaken him to be a flirt.

Kundali Bhagya: Rishabh gets married to Sherlyn against his wish and sacrifices his love for Preeta with a heavy heart. He fills Sherlyn’s maang with sindoor, resting Prithvi and Sherlyn’s worries. Karan, Shristi and others get shocked. Sarla rescues injured Preeta and takes her to hospital. She pleads in front of Doctor to save Preeta. Doctor checks Preeta and tells that she is critical after a heavy blood loss. Sarla asks her to save her daughter. Rakhi is happy with Rishabh and Sherlyn’s marriage. Preeta is being treated in the hospital.