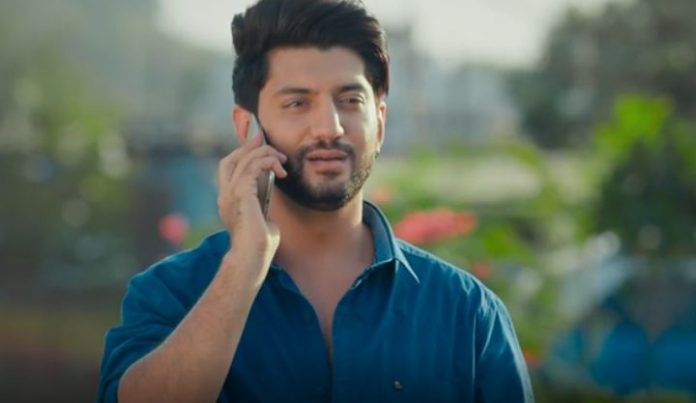 Silsila Voot Ruhaan heroic move. Ruhaan wants Mishti to call him from her heart once so that he finds her. He looks for her and goes out of the godown. Mishti asks the goons to let her go. Ruhaan spots the same van and realizes that Mishti is present there. He goes back to the godown to find her. Mishti asks the goon who has sent him to kidnap her. The goon doesn’t tell him anything. The goon searches for Ruhaan, who has run away. Mishti gets shouting. The goon slaps her. He forces Mishti to wear the burqa and cover her face. He ties up Mishti and takes her along. Ruhaan tracks Mishti and finds her caught badly by the goons. Ruhaan meets her and tells her that he will free her from the goons. Ruhaan plans to escape with Mishti.

Meanwhile, Inspector tells Pari that he couldn’t find Ruhaan and Mishti, maybe Ruhaan kidnapped Mishti or they have eloped together. He gets the call and learns about Mishti’s car tracing. Pari and Arnav go with the inspector to know about Mishti. Pari worries for Mishti and sheds tears. Arnav consoles her. Pari requests the inspector to find Mishti some how. Inspector tells her that he is trying his best. Pari wants to get information about Mishti soon. She is equally worried for Ruhaan. Veer is also worried for Mishti and Ruhaan.

He wants to get the news of their welfare. The goons suspect Ruhaan’s return and plan to change Mishti’s location. They compel Mishti to get into the car. They drive away Mishti and think that they got rid of Ruhaan, who could have informed the police by that time. Ruhaan hides in the goon’s car to fail their plan and save Mishti. Ruhaan and Mishti plan to trick the goons and achieve their freedom.