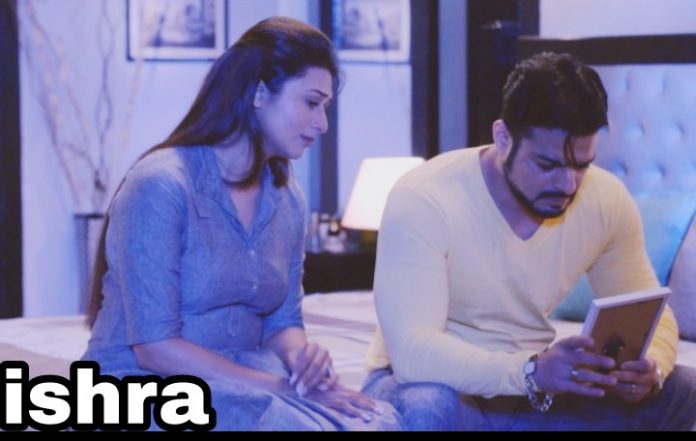 Yeh Hai Mohabbatein New Mystery Ruhi tells Raman and Ishita that Karan has helped them by sending the message on time. Karan apologizes to them for hiding the truth and reveals his plan to break down Shamshad’s car. He tells how he has got Shamshad in his car and learnt his plans by overhearing his conversation. Raman and Ishita ask him not to take risk again. Karan tells them that he will track Shamshad’s plans by befriending him by a disguise again. Ruhi gets grateful to Karan for all his help. Shamshad doesn’t understand that Raman didn’t fall in his trap. He wants to hide the tensions from Sahil. He also wants to get Sahil out of the jail.

Shamshad wants to trouble Bhallas. He asks Manish to find any new lawyer to get Sahil out on bail. He is happy to trap Shaina more by doing the illegal dealings. He wants to please Sahil by giving the good news of the new deal. Ruhi gets concerned for Karan. He gets happy seeing her worrying for him. She asks him to take care of himself and not put his life in danger. Karan is happy to know that someone has true concern for him. They have a moment. Raman seeks police protection for the family. He doesn’t want to take any chance and quickly nab Shamshad.

He asks the police to arrest Shamshad. He wants to alert Karan who could fall in big danger. Hetal hears their plans and apologizes for coming to their room without permission. She praises them to be good people who helped her so much. Yug gets hurt. Aaliya and Neha worry for his burn.

Neha does a drama to care for him. Aaliya apologizes to Yug for putting him in trouble. Neha scolds Aaliya. They get into a cat fight. Aaliya apologizes to Yug. Neha takes care of Yug’s burn wound. Simmi and Mihika want to trouble Neha so that she admits the truth herself. Meanwhile, Karan and Ruhi inform Raman and Ishita about Shamshad’s new plans. Shamshad thinks Karan hasn’t stolen his sim and doesn’t know his plans. He wants to continue the dealings.

Karan makes a dangerous plan and thinks to join Shamshad as his driver. Ruhi tells Karan that Shamshad can kill him if he identifies him. Karan promises to take care of himself. Raman reminds Karan that he promised Sudha to protect Karan. He doesn’t want Karan to put himself in big risk. He asks Karan to take safety measures.

Karan meets Shamshad and asks him to hire him as the driver. Karan tells him that he has lost his job at the taxi service and now he is answerable to his family to earn a living. He begs Shamshad for a job. They check Neha’s bag and shockingly gets a bullet shell. This becomes a matter of tension for them. They inform their findings to Raman and Ishita, who want to know the back story of Neha’s life. Hetal keeps a watch on entire Bhallas family and hides her mysterious identity.

Shamshad gets convinced by Karan’s emotional drama. Manish catches Karan and questions him. Raman and Ishita cover up by Ruhi’s help. Ishita asks Karan to be careful and not take risk by informing them. She feels scared for Karan’s safety. Yug gets upset with Aaliya. She asks him to visit the doctor once. Neha tells Aaliya that she will be going with Yug. She claims to be his wife. Simmi and Mihika keep Neha engaged and head to her room to find about her background from her belongings. Keep reading to know more on Yeh Hai Mohabbatein New Mystery.