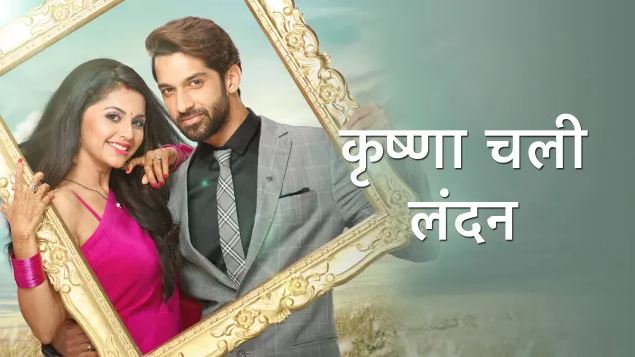 Read Krishna Chali London Krishna and Mohan visit the bank to get the money transferred to his name. The police reaches there on time and stops the transfer happening on an imposter’s name. He arrests Mohan. Mohan pleads guilty, but fails. He realizes that Veer has saved his mum and gave the video proof to the police. Mohan pays for the crime of attempting to kill Shukla. Krishna tells the bank manager that Mohan isn’t Radhe, and he doesn’t have any right to inherit the property of Shukla’s elder brother. Krishna and Veer save Sunaina from Mohan’s clutches. Veer had bravely fought with Mohan’s goons and rescued his mum. Veer plans to expose Mohan in front of Shukla family.

He gives the evidence to the inspector and asks him to not leave Mohan. Krishna saves the assets from Mohan’s hands. Veer and Krishna unite and have a moment of peace since they got rid of Mohan. They want to explain to Shukla family that Radhe didn’t return from the dead and its just that Mohan is playing with their emotions by Radhe’s name. Veer reveals Sunaina’s evil plan to Shukla family and clear their misconception. Mohan decides to take revenge on Veer and Krishna. Veer vows to protect Krishna from all the problems. Sunaina makes an apology to Krishna and accepts her as Veer’s wife. Krishna is grateful to Sunaina and hugs her. Veer and Krishna will have a happy ending.

Kainat gets desperate to win Zaroon’s love. She gets delighted when Zaroon invites her for the date with Hamza. She clears Hamza’s misunderstanding and tells him that she has agreed to marry him just for the sake of elders’ happiness. Saltanat keeps her promise to Miyajaan and takes him to the restaurant to prove Kainat’s decision. Miyajaan learns Kainat’s feelings for Zaroon. He realizes that she doesn’t want to marry Hamza. He wants to ask Kainat if she wants to go ahead and marry Hamza by her wish, or not. Kainat lies to Miyajaan once again and tells him that she will marry Hamza. She has her own plans to marry Zaroon. She just wants to marry Zaroon at any cost and gets too obsessed for him.